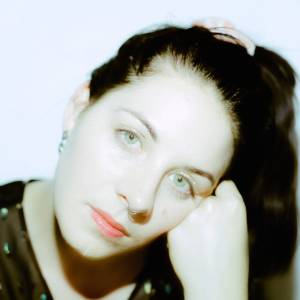 Emerging from beloved indie-rock band Bells Rapids, Tanaya Harper’s solo project solidifies her as a leading lady of Perth’s original music scene. Her insightful lyricism resonates with audiences as she weaves silken melodies with her experiences of depression, anxiety and living with bipolar disorder.

Harper’s debut EP S​​ ome Kinds​​ was released through Melbourne label Healthy Tapes in June 2018. Featuring former bandmate Stella Donnelly, recorded by Nick McKenzie and mixed/mastered by Broderick Madden-Scott, the launch at Rhubarb Records and first run of cassettes sold out almost instantaneously. After the EP
received a local feature nod by RTRFM 92.1, all tracks on the EP have all been played extensively on community radio play across the country. Singles ‘Graceless’ and ‘The Well’ were recently featured in ABC television drama T​​ he Heights​​ and played on triple j’s Home and Hosed and TOPS programs. S​​ome Kinds finished off 2018 with a WAM nomination for ‘Best EP’ and ‘Graceless’ was announced as the second-most played song of the year on RTRFM 92.1.

Starting out in 2017 as a solo live act, Harper has supported the likes of Jen Cloher, Body Type, Rolling Blackouts Coastal Fever, Stella Donnelly and Alex The Astronaut. In February 2019, Harper launched a full live band to a sold out crowd at The Bird, with Sara McPherson on bass (Bells Rapids, NEW TALK, Ursula), Luke Del Fante on drums (Ghost Care) and Beau Torrance on guitar and backing vocals (Ghost Care). Harper will be releasing her second EP, Slow Motion Breakup,​ ​in March 2020.

Matt Johnson - Walking Horse Music - [email protected]
Matt Johnson - [email protected]
Sarah Guppy - [email protected]
Reviews Interviews Soapbox Mixtapes
Help About Advertise Privacy Terms Write for us
Search or choose cover photo
View Apply Cancel
We use cookies on our website to give you the most relevant experience by remembering your preferences and repeat visits. By clicking “Accept”, you consent to the use of all the cookies. Learn moreDo not sell my personal information
Cookie settingsACCEPT
Privacy & Cookies Policy