by This Much Talent 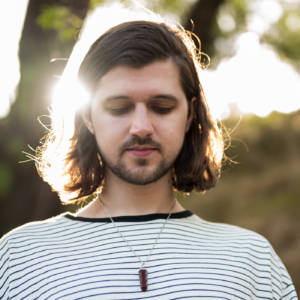 Oceans is the moniker of Melbourne shoegaze and ambient electronic artist Thomas Lee. The music video for his latest single, “Come So Far” was released on Friday 12th March.

John Frusciante – Murderers
This was one of the most influential tracks I’d heard as a teenager that really started me on my journey towards songwriting. It allowed me to start thinking about my two great loves at the time, electronic and contemporary guitar based music, in the same sentence. Whilst most modern music at that time was so effective at blending many different instruments together, this song was simple enough to hear the two genres merging loud and clear. It inspired me to pick up my first drum machine (a second hand MPC 2000 – the one with floppy disks for samples) and start writing guitar loops with my MIM Stratocaster.

M83 – Unrecorded
Another massively influential track for my development as an artist, this song is so effective at expressing raw emotion in a four minute instrumental track. The roaring guitars and uplifting synth pads start the song at what would be the emotional climax of any other song, but manages to maintain its grip on you as the synth arpeggios begin and the drums lift the intensity even further. Just as the song approaches breaking point the drums drop out and you’re left with the bit crushed cry of a vocoded voice, a moment of reprieve after the emotional whirlwind of the first half of the track.

Life On Venus – What Lies Beneath
Simply one of the most hauntingly beautiful songs I’ve heard from my hands down favourite album of 2019. Delicate, whispery vocals telling tales of nostalgia, longing and poetic descriptions of the harsh yet stunning Russian landscape. The lyrics are so closely tied into the surrounding environment which resonates with my personal songwriting approach. It’s accompanied by such lush and spaced out guitar tones I can’t help but drift into a daydream whenever I hear their music. I hit the band up on Instagram asking how they got their guitar tone for this track which led me to write my upcoming album on a Baritone Guitar.

Youth Lagoon – 17
I first heard this song whilst acclimatising in my hostel in Cusco before travelling the Inca Trail. I immediately became obsessed and it’s a song that still resonates with me to this day. The frail, wavering vocals read like a diary entry, so incredibly personal yet I also felt a close connection to it. I was also going through a period of self reflection and personal discovery and this song is the perfect example of how music can make you feel like you’re not alone. I love the lo-fi aesthetic on this whole record and to my delight, found the recording diary of the recording engineer, which I read like a bible.

Tycho – A Walk
Tycho has been a massive influence on me with regards to sound design and audio fidelity. I would love exploring for hours how he created the timbres on his various records. Every synth sound is so meticulously crafted, his drum recordings are so crisp and clean yet still oozing personality. Fortunately he’s very open on his sound design on social media/blogs and inspired me to write songs using a Korg Mono/Poly which was a staple instrument of my EP as well as explore other synths such as the Virus model C, Korg Minilogue, and effects such as the Roland Space Echo and Chase Bliss series. My musical ambition has always been about creating unique sounds combined with effective songwriting and I aspire to one day get close to the mastery which Tycho has shown through his various records.