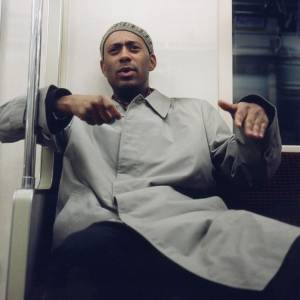 Although Sound Ancestors is billed as a solo Madlib album, it’s also a collaboration with Kieran Hebden (Four Tet). Madlib sent the English producer hundreds of beats that he’d made over a few years, leaving it up to Hebden to arrange and shape them as he saw fit. On Sound Ancestors, Hebden acts as the Thelma Schoonmaker to Madlib’s Martin Scorsese, the precise editor to his art obsessive.

And a music obsessive Madlib is and always has been. An unrelenting, avid crate-digger, he has always been able to hear a sliver of music and immediately hear it expand infinitely in possibilities. On Sound Ancestors the listener will pick up snippets of ‘80s post-punk, reggae broadcasts, explorative jazz breakdowns and all manner of sonic samples spanning genres and periods. What Hebden does is ensure that it all comes together into a somewhat smooth and cohesive whole. He mostly follows the golden rule of being a good editor: remaining unseen. Every track is undeniably a Madlib piece, not overtaken by Hebden’s proclivity for ambience. There is still the same joyous chaos of a Madlib record, still the innate sense that he’s a music fan first and foremost. 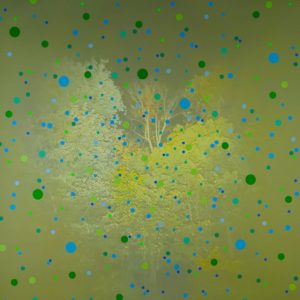 All facets of his fascinations are contained in Sound Ancestors. “Theme De Crabtree” is a reggae radio broadcast to the masses, while “Riddim Chant” is all cool repetitive dub. “Latino Negro” contains what one would expect by its name, an earnest Latin rhythm; “The New Normal” then replaces it with a dirty electronic beat. Everyone from Young Marble Giants (“Dirtknock”), Snoop Dogg (“Loose Goose”, saying a very Snoop Dogg thing to say), and Busta Rhymes (“One For Quartabeê/Right Now”) are sampled. There’s also a touching tribute to his former partner J Dilla on “Two for 2 – For Dilla”, full of heart and soul.

There are two standout tracks: “The Call” comes early, its looped bass leading to zombifying repetition. “Road Of The Lonely Ones” begins with truly beautiful old soul falsettos and becomes the most sincere pop track on the record. The title track and “One For Quartabeê/Right Now” fizzle with free form jazz. “Duumbiyay” is then an urgent and vibrant ending to the album, featuring frenetic jazz and the voice of a singing child.

One of the joys of Sound Ancestors is getting to witness the roles reversed for Madlib, the great archivist: Hebden fills his usual role of avid collector and repurposer; one suspects that Madlib himself probably enjoyed listening just as much as anyone. It also felt right that there was no rapper present alongside him – no Freddie Gibbs, no Oh No, no one. 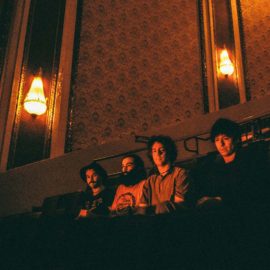 Just weeks after Sound Ancestors was first announced online, the world – and Madlib himself – learned that MF Doom had died months earlier. Although there was no way of knowing this when they planned the release of Sound Ancestors for this January, having a rapper-and-producer record so soon after the MF Doom news would undoubtedly have been overshadowed.

As it is, having these two producer titans – one specialising in hip-hop, one in electronic music but both interested in the other’s boundaries – is its own reward. So do two things: listen to Madvillainy (2004) to remember MF Doom and hear Madlib’s past, then listen to Sound Ancestors and hear Madlib’s present and future. A man whose life’s mission is discovering and rediscovering music has a lot of creativity left in him yet.