Pavo Pavo is an American indie pop duo consisting of talented multi-instrumentalists Oliver Hill and Eliza Bagg. Here’s what Oliver had to say about five tracks he chose to share with us, ahead of publication of our extended interview.

Alice Coltrane – Om Supreme
“Om Supreme” is one of my absolute favourite recordings. Right now I love a lot of instrumental music and a lot of music that isn’t as song based or isn’t as much about form and is more just about colours and moods and stuff. And I just love so much, just how simple, just the lonely sound of the worlds are in this one. And then the chanting – the group sound of vocals I think is so powerful. Whatever it is, maybe five or six people singing, totally dry, it really creates a space like you really are kind of, you know, wondering where they are and feeling the space which I love.

Fleetwood Mac – That’s All for Everyone
I love this one too. I’ve been listening to Tusk a lot, I guess. I guess Tusk was like, well I mean Fleetwood Mac is maybe of kind of direct relevance to this Pavo Pavo record in some ways… I’ve always loved bands that have like weird sort of different characters in them, so they’re just kind of narrative drama with like the members of the ensemble and sort of different personalities you know rise to the foreground or the background steps across the record. And in Tusks, I think it’s just a quintessential example of that. And in this one in particular, I think it’s similar to “High on a Rocky Ledge” in that it’s just one part that loops and loops… With each new rotation you’re treated to new stuff in it. The chant and what the band is doing and stuff, but also just new repetition, just kind of moving into a new understanding of the music each time around. Yeah. I love, love, love that song.

Moondog – High on a Rocky Ledge
I didn’t actually know Moon Dog at all, I didn’t even know – I mean I’d kind of heard of him, I knew that like Steve Reich discovered him and he wrote kind of percussion music… but I had never heard his songs until someone played this at a party like a couple of weeks ago. I mean I’m mostly just here for the lyrics honestly, it’s like I think it’s so wonderful there’s no chorus, it’s just an epic story, you know, like an unrequited love. It climbs like some reclusive woman who lives up in the alps and he has to climb a mountain every day and then they die together (laughs).

Patrice Rushen – All We Need
This is a record that I just kind of discovered recently too. And it’s just so fun, like I just think that the sort of – just like the brightness, it’s just the colours are so bright. That and like it has a kind of manic energy to it but also it’s just kind of like smooth and you can dance bold and sexy. I just love this record so much.

Talking Heads – Mind
I love Talking Heads and always will like Speaking in Tongues and Stop Making Sense. The concert film is one of my favourite, like pieces of anything. But I didn’t really know Fear of Music and I love it cos it feels like kind of a band in transition, like they’re kind of shedding some of the punk stuff. And shedding some of the punk affectations, you know, towards more just dance music… And I just thought it was really, really cool. It’s not like a band that knows exactly what they’re doing and is like ready to make a statement, it’s kind of in between and there’s so much charm to that. David Byrne, he’s just so cool, like just the vocal takes feel so casual and so in the moment. The whole band is such an amazing combination of like so tight and composed and then really kind of hastily put together. 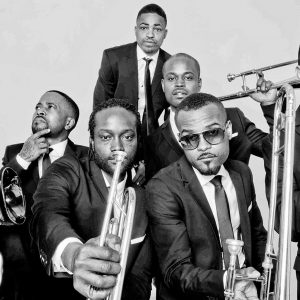