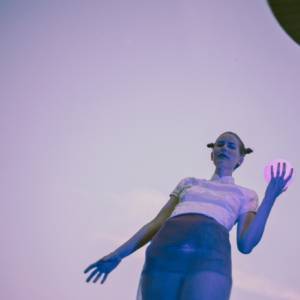 Tuvaband is the moniker of Norwegian alt-rock singer-songwriter Tuva Hellum Marschhäuser. Her third album Growing Pains & Pleasures will be released Friday 21st May via her own label, Passion Flames.

According to Spotify, one of the top three songs I listened to the most in 2020 was “Few Band Zambia” by Five Revolutions. I think it might be one of the catchiest songs I’ve ever heard. It’s so catchy it almost hurts.

Eartheater – How To Fight

The best album I discovered in 2020 was Eartheater‘s Phoenix: Flames Are Dew Upon My Skin. The song I listened to the most was “How To Fight”. This album actually made me play acoustic guitar again for the first time in 3.5 years. I even recorded two new songs with it, and I’ve never released anything with acoustic guitar.

The song I discovered in 2020 that I liked the most was “Eugh” by Porridge Radio. It felt like I was addicted to it, cause I just had to listen to it everyday, for a long time. I even got tired of it, even if I know this is a song I will like for years and come back to many times.

A song I’ve listened to a lot for years is “Reflection Of Youth” by Eera. I wanted to mention this song, as I suddenly met the artist in 2020, and we are now sharing a studio together.

I’ve listened to the album “Love What Surives” by Mount Kimbie for some years. I wanted to mention the song “Blue Train Lines” because it’s a song by Mount Kimbie and King Krule, which I think is a perfect combo. King Krule is one of my favourite singers, and I love the way Mount Kimbie, the duo, is producing and writing music.