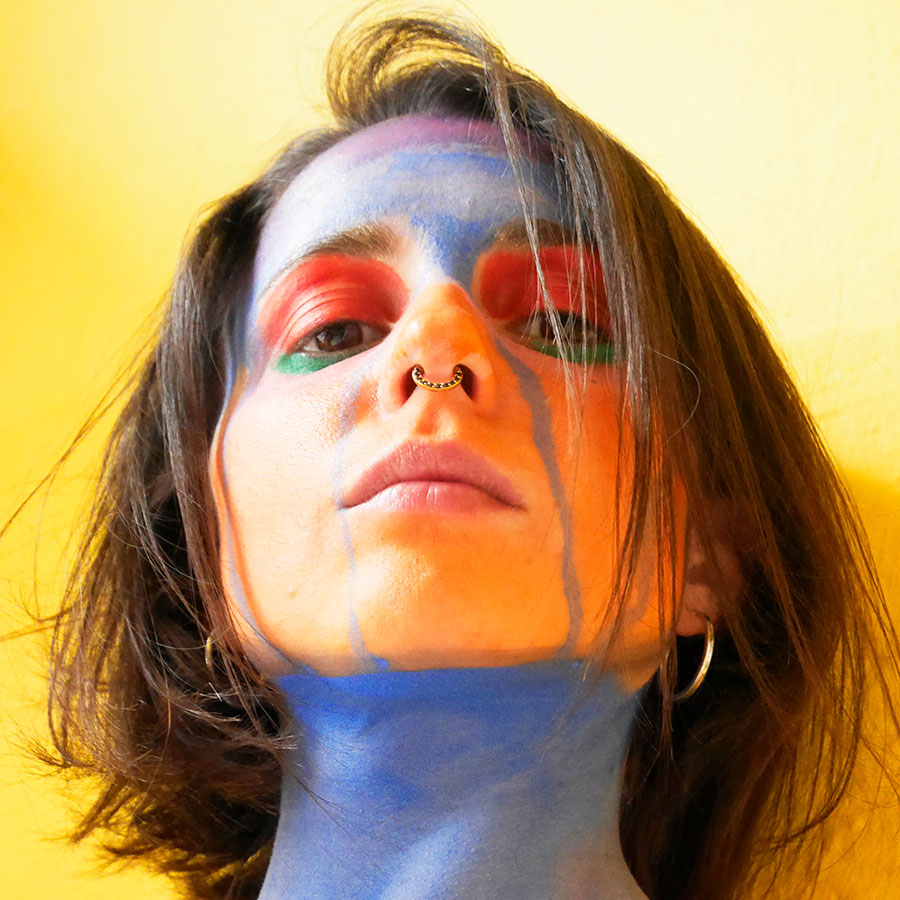 The time of COVID-19 is both a gift and a plight for the music reviewer: the changed landscape is a new lens with which to consider the sound of music; it also feels like a necessity to do so for every new release. Andrée Burelli wrote and recorded her new album De Sidera between 2019 and 2020 during a temporary stay in her home country of Italy, yet the nine tracks here of pure experimental and contemplative ambience sound like transmissions from an artist working in a post-apocalyptic world; a composer trying to remember through music what the world used to look and sound like.

A primarily Berlin-based artist, it was her first time living in Italy since she was 15; this return to a place of the past is also perhaps why much of De Sidera feels hugely introspective. So it is that each of the song titles are in Italian for the first time, and all are delicately poetic. There is “Cuore Di Piume”, meaning “Heart Of Feathers”; there is “Ultimi Raggi”, meaning “Last Rays”; there is “In Pezzi Sopra La Tua Pelle”, translating to “In Pieces On Your Skin”.

Burelli previously recorded under the name Bodyverse. Working under her own name now, the ambient is really zoned in on. Burelli previously released two companion pieces earlier this year as herself. How To Survive Difficult Times Vol. 1: Cinematic and How To Survive Difficult Times Vol. 2: Meditation came out across May and June, and De Sidera is a mixing of their two styles, sometimes within the same composition.

She christens her first piece “Mediterraneo”, again signifying her home’s newfound significance. An unsettling piano accompanies the production, the track looping and unfolding at its own pace. “Cuore Di Piume” is also loop-based, a melancholic piano inviting a state of reverie in the listener. It’s not impossible to imagine hearing the lapping of the Mediterranean waves upon golden sand as her piano glistens and unravels.

In terms of the cinematic, “Ultimi Raggi” and “In Pezzi Sopra La Tua Pelle” evoke the truest sci-fi cinematic landscapes, all thunderous and searing synth sounds; the latter in particular shimmers with a hopeful intensity, the morning sun rising to a better day. “Aquilone Perduto” is the shortest song by far, just over a minute of light and airy pinging electronica, a playful moment amidst the overarching heaviness of feeling.

“Natura Domina” means “Nature Dominates” and it’s a composition that belongs to the outside world. A cascading piano awakens the rhythm from its glacial slumber; gentle stabs of synths shake the foundation; effects fade and rise and fade again; nature is all around, nature dominates. Burelli has one final pure piece of ambience to end. “Leggeri Come Cenere” translates to “Light As Ash”, and her electronic brushstrokes are light and airy, eerie and elusive. It’s what one could imagine returning from space would sound like (or perhaps going there does).

It’s difficult to separate the emotion from the technique on De Sidera. She is a skilled multi-instrumentalist, certainly, as capable on the piano as she is on the violin, but the melancholia of the ambience is too evocative, too overpowering at times. It’s music to close your eyes and listen to, to be patient with. Burelli composed these pieces while watching the sunset through her window during a mild winter in a town between mountains and sea but one could picture her transferred somewhere else in the changed COVID-19 landscape: to a Shanghai high-rise, watching an unfurling cityscape that had never been visible under its usual hazy smog coating; to Times Square, standing and considering the now-empty streets amidst the intense neon lights; to a Parisian balcony, seeing the shuttered bars and masked faces and trying to remember what the scene looked like just one year ago.