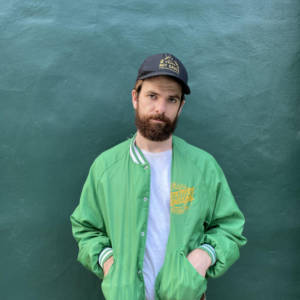 In 2019, Jody Smith became just a number; leaving the US army after serving for five years, tossed back into civilian life in Atlanta and asked to fend for himself. One year later and the coronavirus pandemic hit, seismically making his transition even harder. Out of work and with lockdown to contend with, Smith decided to make an album under the Black Nash name, a moniker he had previously used while casually recording throughout his time in the army.

The result is his self-titled debut album, and it’s so very much a product of its environment. Coming in at around 25 minutes, it’s both a focused endeavour and not. The lo-fi production values lend it a claustrophobic energy but the songs buzz and bounce between styles and atmospheres pleasingly carefree. It’s a contained collection of bright and bamboozling wonky pop that amuses and confuses; there’s never a dull moment on the record.

The two opening tracks, “Alligator” and “Zodiac” are bursts of bubbling kaleidoscopic energy, recalling the work of Triathalon or Unknown Mortal Orchestra. “No Idea” then has a reduced temperature after the preceding fervency, hushed and pure woozy lo-fi. Often a song is lightly brushed by psychedelia, but at other times it furtively moves with a funky air, as on the suave and confident “4 I.O.”.

It’s only in the middle of the record that it gets away from Smith. On “Burn My Body Down” and “White Out”, the disparate parts don’t cohere into a strong rhythm. These are outliers though, because the ersatz wonkiness is usually charming enough to excuse any inefficiencies. One’s predilection for the surreal will also impact their enjoyment levels of the record. “They took dolphins and force-fed them ecstasy,” is a particular lyrical highlight, taken from “Love Underwater”. The only time we get to see behind the whimsical veil is, fittingly, on the closing song. “It’s You” is an alarmingly tender and lovelorn end after the zaniness of before: “It was you from the moment I saw your face, it was you from the moment we met,” Smith sighs sincerely in one of the few moments when he doesn’t recall Syd Barrett.

When we look back at music in the time of COVID-19 and ask what art reflected the period, it won’t be behemoth records such as Taylor Swift’s dual releases or theatre plays that tried too much too soon to encapsulate the entire experience; rather, it will be things like Black Nash’s art that more naturally reflect the isolation and sheer strangeness of what it all was like. His album is the work of someone with a lot of time to explore their creativity, and doing so in previously unimaginable ways.

In his press release, Smith was quick to express that his record wasn’t meant to capture post-military life or be commentary on a military man. What it does do though, is show that he will never be just a number, lost to civilian life. There’s certainly life in the Black Nash project once the world’s a little calmer.