Bleached is the unapologetic brain child of sisters Jennifer and Jessica Clavin. Recognising the need to develop with the times, the Los Angeles siblings, once synonymous with visceral, honest and fuzz-fueled post-punk rock, have injected pop influences into their latest record Don’t You Think You’ve Had Enough? to create a new and progressive sound. Produced by Shane Stoneback (Vampire Weekend-, Sleigh Bells), the sisters’ latest offering is a turning point for the band towards experimentation and exploration, resulting in an album that may prove to be polarising for new and old fans alike.

Don’t You Think You’ve Had Enough? marks another step forward for the LA sisters and away from the 60s/70s inspired rock they were so comfortable with in the past. Trading Joan Jett influences for the new wave pop-rock of bands like The Cure and Blondie, Bleached captures the brighter sound whilst still somewhat maintaining their heavier roots. This latest record demonstrates their most complex and intricate songwriting to date, showcasing the sisters’ melodic prowess and tackling some universal, if a bit cliché, themes throughout.

Track one “Heartbeat Away” is a classic post-punk number with thickly distorted power chords being the driving force, underscoring the choppy vocal melody above. This song bridges the gap between the abrasive sound of their previous records and the refined production of Don’t You Think You’ve Had Enough?, providing listeners an insight into the evolution of the Clavin sisters’ songwriting. The breakdown provides some necessary contrast to the otherwise mundane and repetitive chord progression, resulting in a solid but not overly exciting beginning to the record. 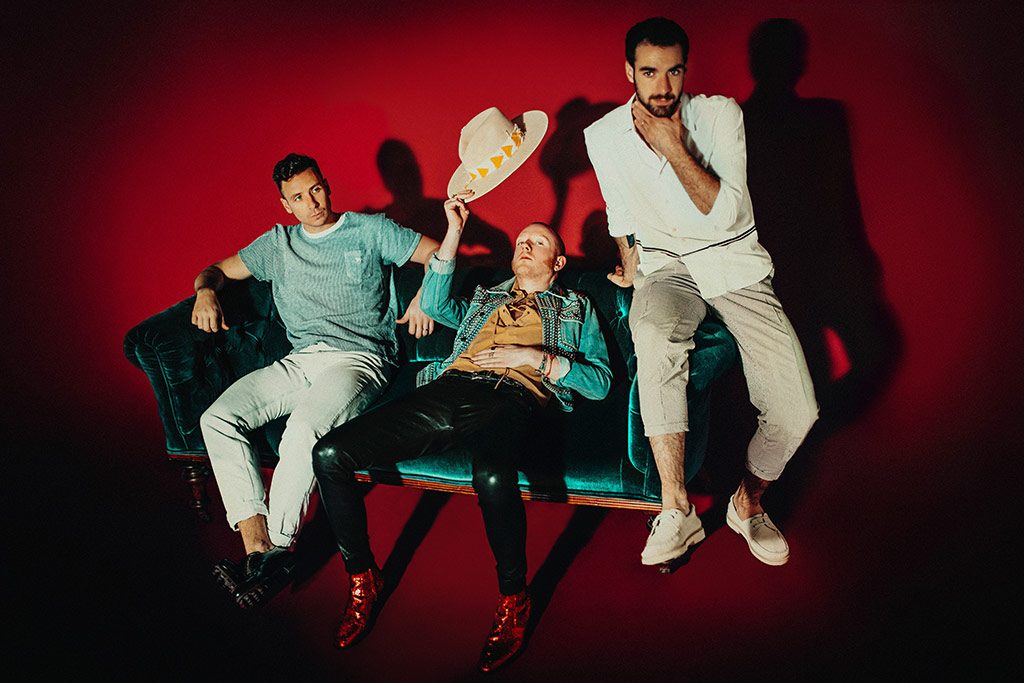 “Hard To Kill” is a song about the sober realisation of one’s own self-destructive behaviours and making conscious decisions to change. It is also one of the singles already released on the four track Rebound City EP. The song itself sounds like it would be at home on a Two Door Cinema Club album with its polished and bright production. All out distortion is replaced with scratchy guitars and a whistling melody. It’s far flung from the likes of their prior influences with an obvious nod to “Friday I’m in Love” by The Cure. It’s catchy and engaging, if a little isolating to long-time fans due to the drastic change in style.

Track three “Daydream” floats between the loud and violent clamour of their previous works and the melodic and sophisticated nature of this record. It sounds like refined rock mixed with a touch of surf-rock, it works but it’s not terribly original. The same can be said for “I Get What I Need” with guitar stabs and “ooohs” through the chorus, the song is interesting and bounces along admirably, however, it is nothing that Blondie wasn’t doing decades before them.

One of the biggest issues with this album is that each song is so heavily drenched in their influences that it is difficult to separate their sound with the artists they took inspiration from. This is abundantly evident on track five “Somebody Dial 911”, which appears to be an amalgamation of The Cure’s clear impact on the Clavin sisters. Crank the reverb up on the guitars, liberally apply soft synth pads and 80s style drum fills, add in lyrics about taking too many drugs and falling in love and mix it all together to create something that is similar, but just feels like a cheap version of the original.

“Kiss You Goodbye”, another single off the Rebound City EP is the one of the most original sounding songs on the record. It is a vast departure from the band’s rock and roll roots, demonstrating the group’s ability to write in a variety of styles, namely disco in this case. An energetic chorus lifts this song above others on the record, but may be estranging for long-time fans of the sisters’ heavier sound. This is quickly solved by the next track; “Rebound City”, a rollicking testament to casual flings with the things we can’t have. Ushering in a return to form with thumping guitars aplenty and a searing fuzz-laden solo for good measure, “Rebound City” is an unrepentant celebration of one’s life choices and relishing in the proceeding consequences, whatever they may be.

Whether or not the name Bleached is a direct reference to influential 70s New York icons Blondie, track eight “Silly Girl” clearly establishes the substantial impact they have had on the Clavin sisters’ songwriting. Commissioning all the stylistic characteristics of the aforementioned legends, “Silly Girl” is one part garage rock, one part disco and all parts Blondie. That is not to say that it is not an engaging and catchy song, because it is, it just needed to be more of a ‘Bleached’ song and less of a ‘Blondie’ song.

“Valley to LA” is a coming of age number that will prove relatable to a large portion of people. Lead singer Jennifer Clavin offers a candid insight into the bands personal lives and the unfiltered journeys they have undertaken to get to where they are now. Providing an honest depiction of “backyard parties where we dressed like boys” and “through the growing pains and the awkward phase” the frank lyrics and playful musical accompaniment are endearing and reflective of the adversities they have had to overcome in life. Rather than hide from these adversities, Bleached takes this vulnerability and turns it on its head, using it as a strong-willed driving force for self-discovery and acceptance. This is further expressed through “Real Life”, an aggressive apology song that centres around taking responsibility for one’s mistakes whilst still maintaining an air of hostile innocence; “How was I supposed to know that things just fall apart. I think I should apologise, I don’t know where to start.”

The back half of the record tiptoes into concept-album territory with “Awkward Phase”, again focussing on the development through teenage years and the uncomfortable transition into adulthood. This song accurately captures life growing up in the 90s; “Got my first job. No Doubt. Crop top”, reminiscing about “three-second make-outs” and developing photographs in a dark room.

“Shitty Ballet”, the final song on the album is an appropriately antagonistic acoustic bashing before a contrasting drop into the typical rasping Bleached sound for the final minute. It’s a surprisingly great way to finish the record due mainly to just how different it is to the rest of the LP.

Overall, Bleached has created an album that is full of potential. Some fans may find the new direction invigorating and innovative whilst others might find it too wildly different to their usual sound. Either way, the Clavin sisters have reinvented themselves and time will tell if it will this new vision is hit or miss with their fanbase. Don’t You Think You’ve Had Enough? is a clear indication that the Clavin sisters are not content with staying in their comfort zone and are willing to push boundaries, with mixed results throughout.