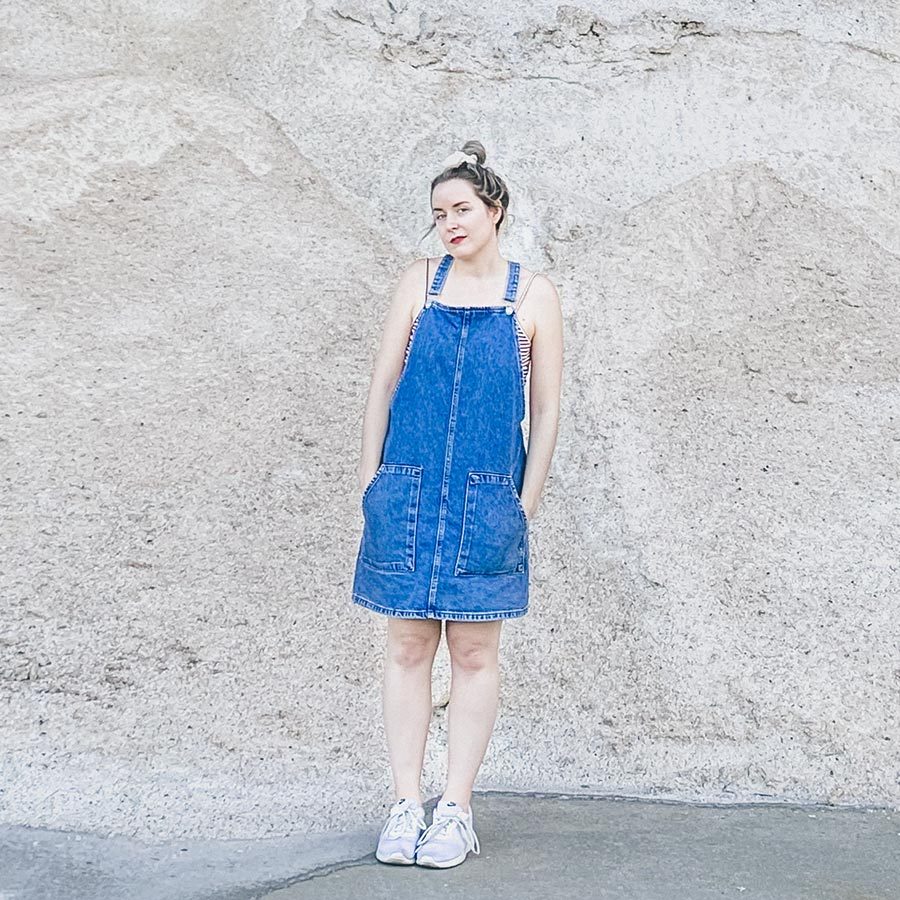 As a sanctuary for organic life, a greenhouse offers protection from adverse conditions and supplies the necessities needed to thrive. Written during and after the experience of a psychologically abusive relationship, Cailtin Pasko’s debut LP aptly wears this title, her music representing her own haven through which she processes and heals from the experience. Amid the ethereal ambience comprised of little more than piano and vocals, the Brooklyn-based songwriter pierces the listener with poignant melodies and words that offer a harrowing insight into the blame, forgiveness and renunciation associated with abuse.

The opening count-off that precedes opener “I Know I” feels like Pasko steadying herself before the storm. Backed by weighted piano chords, her vocals comprise a two-part harmony that run along a moving chorus melody. It symbolises the communication between Pasko’s inner and outer selves as they struggle with self-efficacy; “I can’t trust my emotions, because my skin crawls”.

“Unwell” develops on these ideas whilst contradicting the soundscape further. A tempered synth sits beneath the arrangement arriving in each chorus to help colour the composition with an elevated sense of revitalisation. However, Pasko’s quivering falsetto as she recounts the humiliation of even walking around in public, “everyone laughs as they pass me by”, contravene the aural beauty to show her at breaking point. It acts as a sonic simile for the way people bottle their emotions behind superficial guises.

The organ that pervades “Even God” intones a more classical concept of horror in one of the darkest songs on the record. Born from the struggle of Pasko’s inability to disconnect from her abusive relationship, there’s an undeniable sense of death that pervades the song. The faint kick that pitters through parts feels more like a dead man’s march than anything percussive and the opening line “I’m stuck in death”, leaves things self-explanatory. Whilst resolving into familiar keys in sections, these melodies only offer a haunted serenity before being morphed back into the looming synth, evoking the inescapability of her mindset.

Moving into more redemptive territory, “Horrible Person” sees Pasko appreciating her ability to see her partner’s evils. With an underlying synth that glistens and grates, mirroring the shackles the narrator is unclasping, Pasko takes on a Bat For Lashes likeness through a near theatrical sense of uprising. It’s never one that breaches into melodrama thanks to the near whispered remonstrations that, “I shouldn’t have to tell you why, you should know it already”. It’s a personal triumph rather than a romanticised victory.

“Ooo Happy” offers an instrumental-like interlude of arpeggios and vocal coo’s that serves to relieve the tensions developed on the first half of the record. It’s followed by one the most fleshed out pieces on the album in “To The Leaves”. Trotting down a minor key like a solemn lullaby, her piano is imbued with a satisfying phased sheen. Detailing the self-induced gaslighting that victims of abuse come to experience, no other lyric hits harder when she states, “It’s hard to believe that I was ever the version of me, free, can I be”.

Whilst writing the record, Pasko experienced out of body experiences on walks through Brooklyn that caused her to consider the perspectives of those closest to her with greater clarity. “Mother” is a melodic ode born from these happenings. Its revolving two-chord progression uses twinkling notes on the piano and flourishes of strings to enforce a touching sense of pride and endearment to their connection.

“Quiet Weather” is another gem in the form of a downtempo waltz that bears the phased keys of earlier. Evidence of Pasko’s prowess using caesuras to heighten tension through each verse, she rids herself of her past; “When I think of you I take a shovel to my chest and dig as deep as I can get”. It offers one of the few pure moments of release on the record.

“Intimate Distance” offers a cleansing closing as Pasko reconfigures her past and reconciles the trauma she must carry and control into the future. Her vocals waft with newfound ease and her melodies caress the major chords they float atop. However, the rhythm and tone of the piece enforce that, whilst having grown, the scars she bears will always be with her; “Growth and letting go are so complexly intertwined”.

Greenhouse conveys the introspective anguish and emotional impact of toxic, abusive relationships with chilling clarity and expressive artistry. It’s due to the delicacy of Pasko’s minimalist arrangements and melodies that she’s able to present such confronting ideas regarding trauma that the listener can learn from. Few albums feel as transparent as this whilst even fewer have more potential to influence behavioural and psychological change.