Japanese alt punk-pop outfit Chai have been on a mission ever since their 2012 formation. In a crusade against conformity, the female four-piece have sought to redefine ‘kawaii’, or what it means to be cute, suggesting everyone’s interpretation and expression of it should be their own. Through their sophomore release Punk, the band hope to extend this memorandum to a wider audience with an emphasis on, ironically, pop. Whilst much of the infectious, absurdist energy of their debut remains intact, this newfound gloss somewhat softens the edges of their punkier roots. 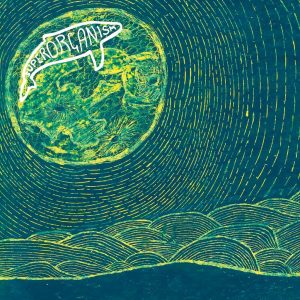 Twin sisters Mana (keys and vocals) and Kana (guitar) along with schoolmates Yuna (drummer) and Yuki (bassist) attribute Chai’s birth to their discovery of western bands such as Talking Heads, Beastie Boys and Devo throughout university. Adding their own Japanese twist to a melange of dance-punk-pop, their assertive eccentricity was what lured listeners into their 2017 debut LP Pink, earning them a recent slot supporting Superorganism and exposing scores of new fans to their embrace and celebration of human imperfection. Delving deeper into the world of synth-drenched pop, their latest release sees them strive for a global audience.

Opener “Choose Go!” offers as much enthusiasm as its title implies. Fuzzed-up bass and a toe-tapping rhythm anchor crystalline vocals for an open-armed introduction to Chai. Interspersed with sawtooth synths and VCO gated bleeps, there’s more texture to their arrangements than on prior releases, especially when sounds swell into the distorted storm of the breakdown. Its catchy chorus and clichéd sentiments against letting anything hold you back in life means it adeptly taps into a not-so-distant nostalgia.

A testament to the band’s ability to pivot between varying styles is seen in “Great Job”. The song wades between worlds of synth-pop, drum ‘n’ bass, J-pop and funk with breakneck drumming the one constant. “I’m Me” by contrast, is a more dedicated pop-punk ballad. Muted guitar picks add a shimmer to the fuzzed bass in what feels like more commonplace song structure than we’ve come to expect from the group. Lyrically, however, it’s a familiar call-to-arms; “What a cute girl you are, what a cute girl I am, everybody’s wonderful”.

“Wintime” is a rhythmic ride through wistful melodies. Managing to combine sweet vocal hooks through chorus and verse over lead guitar melodies that remain steady as chords progress, they manage to, hereby, find success in subtlety. On an album where arrangements can overcrowd, these elements make the song stand tall among its neighbours.

There’s a healthy dose of Japanese eccentrism on “This Is Chai”. Distorted marching band trumpets paired with the spelling of the band’s name seemingly represent a theme song for the band itself. “Fashionista” follows up with some bass-driven funk. Holding the beauty industry to account, Mana sings among a suitably stylised groove; “Someone’s trend, It’s a shame. Someone’s rules, it’s a shame. Someone’s standard, it’s a shame.” Chorus-laded licks from the guitar garnish another earworm of a chorus before traversing into a clamorous crash of drums, synth and guitar.

There’s a summery, laid-back aesthetic to the all-inclusive, “Family Member”. Whilst well-constructed, key change and all, it fails to offer anything that hadn’t already come before it. It’s also here that their themes of unity, intentioned as punk in their intentions, feel more corny when painted among a candied, pop landscape.

There’re hints of Passion Pit in the sawtooth synths of “Curly Adventure”. Slapped basslines and alternating rhythms through chorus and verse yield a solid synth-pop ballad detailing the band’s renunciation of Western hair products. “Feel the Beat” follows a similar aesthetic, highlighted by an ethereal melody in the back half of each chorus afforded by twinkling synths. While the song as a whole remains less memorable than others, it’s their capacity to inject subtle sweet hooks like these that make Chai’s potential as songwriters compelling.

“Future” is a strong conclusion where positivity and pop fuse to tremendous effect. Synths and drums march through the verse before erupting into a chorus that melts into a blissful danceable groove with funky fifth interval inflections from the bass. Collected vocals from the foursome hit right where they need, leaving the listener with a lasting impression of their more delightful-than-not skewed brand of pop.

For those first dipping their toes into the world of Chai, Punk has the potential to be a polarising listen. The kaleidoscope of genres that permeate the overarching synth-pop aesthetic of the record could be viewed as either alluring or confused. The overriding positivity in themes and lyrics may, similarly, be seen as shallow. However, the unbridled energy and flashes of skill in the songwriting underlying the record, and the band as a whole, manages to wrangle a pure form joy from the listener. These sensations are only elevated when given the repressive context from which they’ve come and what they hope to achieve. Though less compelling than their debut, Punk aims its sights at a different audience, losing none of what makes this band so inimitable.