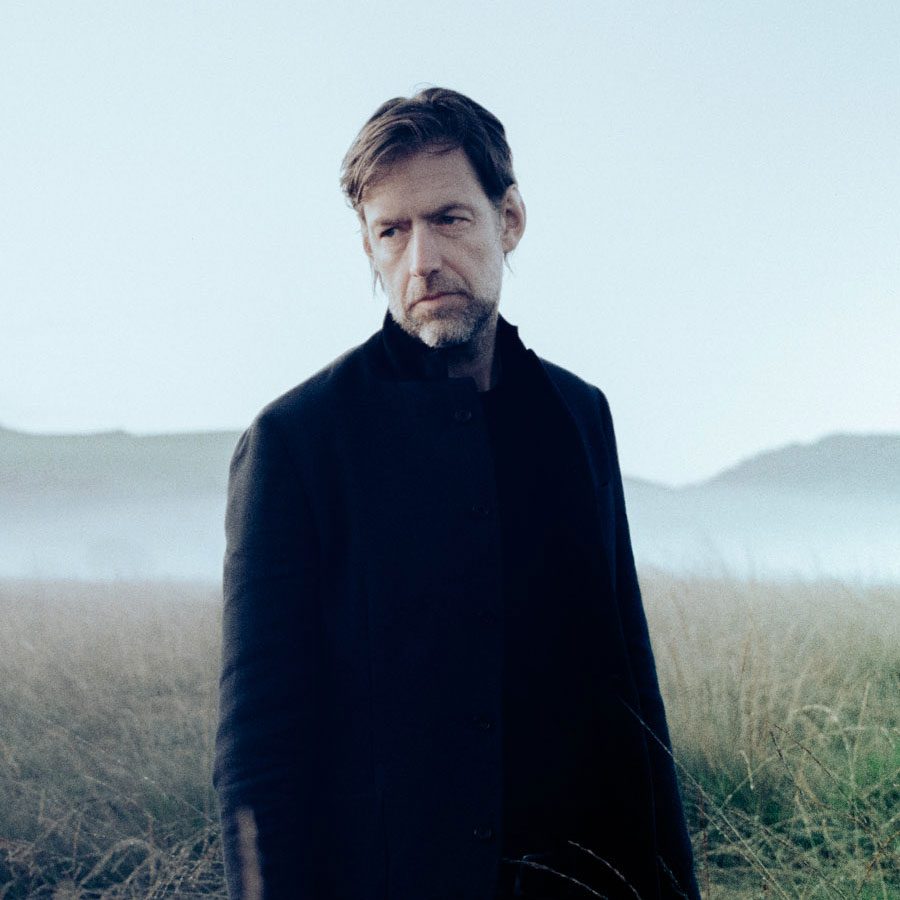 It’s one of the most arduous tasks in music to step out from a band and foray alone. For every John Lennon/Plastic Ono Band (1970) that stemmed from The Beatles there’s also a McCartney (1970). That other iconic British band Radiohead’s two foremost members both expanded their musical repertoire successfully in the last two decades: Thom Yorke delved deep into his love of electronica on three solo albums from 2006 until 2019; Jonny Greenwood’s work with filmmaker Paul Thomas Anderson has produced some of the best cinematic soundtracks of the 21st century. Now it’s the turn of guitarist Ed O’Brien, stepping into the limelight as EOB. On Earth, though, O’Brien doesn’t take as many artistic chances as his peers and it makes for a lesser listening experience.

O’Brien has been in Radiohead for 35 years now – a long time to go fantasising of being the lead in your musical story. He started working on his debut in 2012, when he relocated to Brazil, but there is little of the joy and colourfulness of that country’s carnival here. What can’t be faulted is the crispness and faultlessness of the album, for O’Brien has always been one of the great guitarists of his generation. And the backup talent is bewilderingly strong, too, an obvious result of O’Brien’s name: it features Portishead’s Adrian Utley, Wilco drummer Glenn Kotche, Laura Marling, and was produced by Flood.

Earth is an eclectic record, to its credit, O’Brien contending with the euphoria of electronica to more simmering folk. It’s little wonder that O’Brien cited Primal Scream’s Screamadelica (1991) as a main source of inspiration but it just wholly lacks that iconic album’s imagination and verve (much owing to the late, great producer Andrew Weatherall). When O’Brien does let loose, there is pause for hope. “Shangri-La” is a breezy and energetic opener, with vibrant percussion. On the aptly-titled “Brasil”, O’Brien’s acoustic guitar gives way into a deep sonic groove. “Olympik” is by far the strongest song, an upbeat dance freakout that flows effortlessly through fascinating turns in its eight minute long runtime.

Much of it comes across as almost spiritual, particularly on the slower sections, but this is also when Earth is at its weakest. If O’Brien was overcome and moved when creating his art, it rarely translates upon listening. At times in these sparser moments, Earth feels noncommittal, like O’Brien didn’t fully believe in his own vision; the album is disjointed accordingly.

“Deep Days” is a weak callback to the uninteresting post-Britpop sound of the likes of Badly Drawn Boy and Elbow. “Mass” builds slowly but to nowhere memorable, its melody too slight and insipid. The quiet folk of “Long Time Coming” is pleasant enough but sadly sounds like a Nick Drake B-side. “Cloak of the Night” benefits from Marling’s presence, her harmonies as luminous as always, completely enhancing the song; one can’t pronounce O’Brien as a poor singer after listening to Earth, but his vocal isn’t the strongest either.

The pared-down sections aren’t captivating enough lyrically to maintain audience interest in what’s going on. The songwriting lacks any sport of incision or punch. Consider the lyrics to “Banksters”, written in response to the 2008 global financial crisis: O’Brien sings “Who knows where we’re going, who knows where the flow is?” and “Where did all the money go, where did all the money go?”; likewise on the lifeless “Sail On”, he mutters the banal “Sail on like a summer breeze”.

After finishing the album, it’s just not clear as to what O’Brien envisioned for his creation. It’s all too aimless and meandering. As a whole it’s just too middle-of-the-road and Earth will surely remain only in the consciousness of ardent Radiohead followers. Anyone reading this review would do well to take heed of the mention of that band and explore their back catalogue instead.