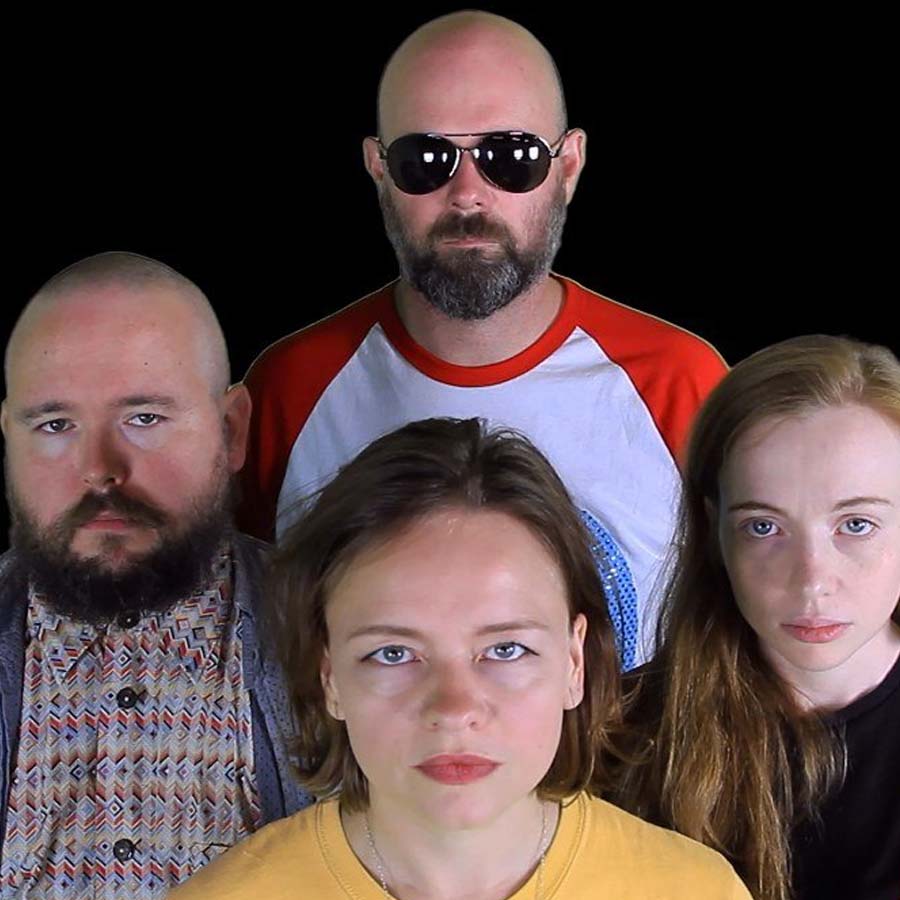 Last year, Richard Dawson released 2020, a grim take on modern culture that nevertheless felt humble compared to the onslaught of issues that the real 2020 would eventually yield. Social media, capitalism, Brexit, Amazon fulfilment centres – were all woven together into a horror-pastiche presenting the narrative of Dawson’s life within a greater world of evil and chaos. 2020 was arguably one of the best albums of 2019, and now, Dawson is back, this time with his side group Hen Ogledd – this time developing a significantly lighter take on the world.

Hen Ogledd roughly translates to “Old North”, an area of Northern England rich in the Welsh history and culture that Dawson draws from so heavily. Surprisingly though, this side project is significantly more muted in these aspects than his solo work. With multi-instrumentalists Dawn Bothwell, Rhodri Davies, and new recruit Sally Pilkington, Dawson finds a more pop-oriented route to explore the surreal. 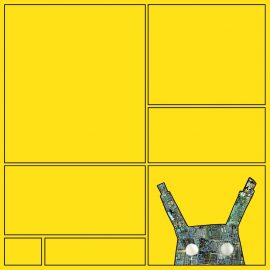 Mogic, the band’s debut album came out in 2018 and as a blueprint for the band, its simple, distorted sound worked well enough. But it wasn’t until their newest release Free Humans, that the band found success in moving towards traditional melody and pop-structure. The strongest of these tracks end up toeing the line of the conventional, but always retain a semblance of Hen Ogledd’s distinct personality.

“Remains” is unapologetically English in its style and delivery but buried in the nearly six-minute track is a satisfying chorus, one where the harmonies of each member build into a mantric coda that swells and swells until the very end. Along with “Crimson Star” Dawson has never leaned into the beauty of his vocals as he does on these two tracks, a point that is excellently superseded by the addition of a vocoder towards the end of “Crimson Star”, a moment that defines the push and pull this band struggles with.

As far as the band’s pop-leanings go, Free Humans is purposely front-loaded, placing the eloquent “Farewell” as the opener and following it up with the effortless and inescapably hooky “Trouble”, a song that would not feel out of place as a lead-single to an indie-pop record from the likes of Grouplove or Foster The People. That’s not a dig at Hen Ogledd as much as it is a testament to how well they can mimic a sound without relinquishing their inherent character, as so many bands do.

Elsewhere, when the group does relent on their pop-musings, they find themselves indulging in their typical eccentricities to middling returns. “The Loch Ness Monster’s Song” is a take on Edwin Morgan’s gibberish poem that’s both unnecessary and frustrating, taking up its almost five-minute run time as a humorous but annoying freakout. “Kebran Gospel Gossip” ends up being even longer, but does manage to at least develop some interesting instrumentation and production techniques. While that track is not a total disappointment, it does show that the group hasn’t been able to submit entirely to their adopted sound, for better or worse.

If there is one undeniable downside to Free Humans, it’s the bloated girth of the album. Nearly every song here is five minutes with a total runtime closer to that of a double album. While the vast majority of these songs are great, their success is negated by that of the filler. Somewhere in Free Humans there is a stellar album, one that could rival Dawson’s solo discography, but without a more refined cut, the album manages only to serve as a scenic detour by an extremely talented artist.