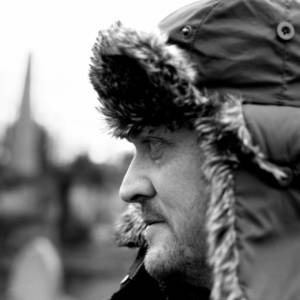 Scotland’s James Yorkston has been quietly releasing his written work over the last 20 years. Whether it’s his steady solo career, his work as a part of Yorkston/Thorne/Khan or the two books he’s written, Yorkston’s work always maintains a calm, knowing confidence. It’s the sound of a writer who found his voice before laying it down on tape, instead of marking his progression through his discography. In his strongest moments, Yorkston’s knack for storytelling and his willingness to yield time to his collaborators and arrangements works in tandem to elevate the entire album; at his worst Yorkston’s songwriting and brightest moments are hampered by boring and unimaginative compositions. 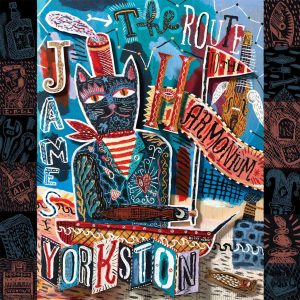 Review: James Yorkston – The Route To The Harmonium

This dichotomy has been prevalent on nearly all of his work. For every great album, such as Moving Up Country (2002) and Roaring the Gospel (2007), we get a When the Haar Rolls In (2008) or a I Was a Cat From a Book (2012). His newest album, however, does offer something new to those listeners who have stuck around after all these years. The Wide, Wide River continues Yorkston’s hefty track record with collaborators, this time bringing in the Swedish producer Karl-Jonas Winqvist and his Second Hand Orchestra.

The band (which includes famed nyckelharpa player Cecilia Österholm and Peter Morén of Peter, Bjorn and John fame) may seem at odds with Yorkston’s rootsy aesthetic, but luckily their role here is more interpretive than anything else. In fact, the group only spent three days in the studio with Yorkston, opting only to hear one song ahead of time in favour of a more natural gestation for each track. The result is a breezy album, one not weighed down by theatrics or experimentation but emboldened by disparate talent.

That one track previously rehearsed is “Ella Mary Leather”, the first song of The Wide, Wide River. As a result, it owes a lot to the classic Yorkston sound, heavily Scottish and devoid of much of the charm of the remaining tracks here. That’s save for a genuinely infectious chorus that swells with lush harmonies and brings peace to the ugly and steadily building staccato aggression of the verses. “Ella Mary Leather” may not sound out of place on the album, but it does sound worse. Yorkston’s songwriting is characteristic to a fault and The Second Hand Orchestra is less fluid and natural, falling behind Yorkston instead of challenging the nature of the track itself.

The majority of the album does pick up on the needed balance though. “To Soothe Her Wee Bit Sorrows” jams like a drawn-out Van Morrison track, with the arrangement darting back and forth between Yorkston’s vocals and the orchestration, with a consistent strumming guitar to give the fluidity structure. At over seven minutes, it typifies the best of their collaborative possibilities, sounding equally measured and explosive.

Similarly, “Struggle” struts along with the confidence of a band fully in sync, letting Yorkston invoke a hushed and withdrawn vocal delivery that feels all the more necessary when used sparingly. While letting the band carry the melody and emotional weight of the track, Yorkston’s lyrics fall into place as the band forces the listener to hang on his every word. This tactic, whilst effective, leads to more diminishing returns on “There Is No Upside”, where the lyrical repetition and stream-of-consciousness word salad comes across less charming and more unfocused. It’s hard to say that these same issues permeate the whole album; it seems more scattershot than anything else. At the very least though, Yorkston is seldom boring on The Wide, Wide River in the way he has been on some previous albums.

The addition of The Second Hand Orchestra is no doubt an achievement; a collaboration that at any moment could risk going off the rails, but which in Yorkston’s hands ends up breathing new life into his voice. In that respect Yorkston ends up his own worst enemy – either by taking the spotlight away from the Orchestra, in which he works best as a member and not necessarily a leader, or by falling back onto bad habits he’s held for much of his career. The Wide, Wide River is an effective testimony to the strength of its parties, but unfortunately just a stepping stone to a stronger, more fruitful project in the future.