A sparkling anomaly in today’s pop scene comes swaggering to the fore in the form of Kali Uchis and her debut Isolation. No singular word would do justice to a true definition of its sound due to the ridiculous ease with which Uchis swims through a plethora of genres and injects her inimitable touch into each and every one. R&B, funk, soul, even touches of jazz appear and somehow this heavy mass of different moods and styles doesn’t feel like a showboat or even the desperate lunge to please everybody that it could easily have turned into. Being over three years since the release of her debut EP Por Vida (2015), she took her time and certainly didn’t understate the importance of finding the right collaborators for such an immersive record, dishing up guest performances from the likes of Tyler, the Creator, Bootsy Collins and Steve Lacy (The Internet) and production credits including names like Kevin Parker, Thundercat and Gorillaz. 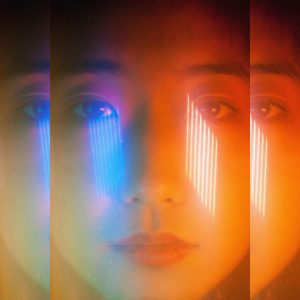 Opening smoothly with intro “Body Language” floating on a simmering Latin groove and paying homage to Uchis’ Colombian roots, it delivers the unmistakable acid-jazz touch of Thundercat and provides an extremely enticing first taste of what is to come. Things continue on with a similarly dreamy vibe with next track “Miami”, featuring BIA, but with a decidedly more modern American pop culture background, particularly in the lyrics. Arising from the fact that some of Uchis’ family in Colombia thought she was lying about her success as an artist and that she actually got by through means of prostituting herself, it speaks volumes about the various perceptions people have about particular places in the world, particularly those related to nefarious activities like drug-trafficking and prostitution, a good example being Miami, FL. Uchis rails against the idea in the verse, “They look at me funny when I write a cheque, ‘cause they assumed I would be paying in sex,” and slamming the point home in the chorus: “I’ll take your money, raise the price, blow up the spot like dynamite.” Yes, these lyrics and some others throughout the album deal with the completely overdrawn themes of sex and money in modern day America, but from a different, more empowering angle. Uchis is another wave in the building tide of femininity and the reassertion of its colossal power.

“Just A Stranger” attests to a similar notion but this time with Uchis, and Steve Lacy, celebrating the powerful women who do make their living through less legitimate means. Not necessarily speaking of escorts or drug dealers, but rather the gold-digging kind. They’re capable and ruthless and there’s nothing wrong with it claims Uchis: “When bellies are hungry but there ain’t no money, you get it and don’t care how.”

“Tyrant” was the lead single off the record, released almost a year ago. Featuring Jorja Smith, it jumps along with a jerky, bouncing bassline and off-beat drums, hinting a subtle Latin flavour again. Thematically, Uchis has stated that this song deals with the desire to keep a love affair in its initial exciting stages. It’s a refreshing outlook and one that, surrounded by modern monogamy culture, is quite rare. Sooner or later, according to our evolved human desires, we will all seek that one person to settle with but in the meantime, so says Kali Uchis, why not have some fun? Co-produced by Kendrick Lamar collaborator Sounwave, it carries a good deal of snare drum punch to compliment a strong sentiment.

Throughout Isolation, various sections of lyrics are sung in Spanish and as we get towards the middle of the album we encounter “Nuestro Planeta”, meaning ‘our planet’ in English. Sung entirely in Spanish and cranking up the Colombian vibes, it integrates some typically Latin-styled drum beats and even exudes something of a chilled dance track. Featuring Reykon, a Colombian reggaeton legend, it will provide the feel goods for those who can’t be bothered to look up the lyric translation but for those who are interested, they present not much more than a typical love game kind of theme. “In My Dreams”, produced by Gorillaz and with a bridge contributed by Damon Albarn, is an upbeat, floating-on-a-cloud type of song, literally. Uchis sings, “We bought a house in the clouds so we can only look down, it’s the dream world.” Everything, apparently, is pretty sweet in her dreams and, as this list of astonishing collabs continues to grow, who could possibly argue?

Packaged in between two blissed-out interludes (which proceed with salacious groove and are gorgeously tight in their own right) is “Tomorrow”, a funk-infused, psychedelic tune which has Kevin Parker written all over it. With slick production and shimmering synths reminiscent of Tame Impala’s Currents (2015), coupled with an utterly soulful vocal performance from Uchis, it is a stand out.

If you’re just about sick and tired of all this name dropping, well, it ain’t over yet. Enter Tyler, the Creator and Bootsy Collins and let the sex-funk fall like rain. Bringing the bouncing basslines which Collins is known for, underscoring it with some Barry White-style brass and dropping a rap verse in the mix makes for one hell of a track. Combine all that with some uplifting, self-loving lyrics and you might just have the best track on the album. Being so far down the track list, this feels like a surprise gift rather than an afterthought and it’s no wonder Uchis had to include 15 songs on the album, with almost all of them being amazing. Even with that reasonably large amount of songs for a debut album, none of them run any longer than three and a half minutes, giving the whole album a very progressive, tight feel.

“Feel Like A Fool” is your obligatory ‘got cheated on’ type of song but even this tired old theme feels fresh with a jivey, upbeat musicality putting one heavily in mind of Amy Winehouse. Album closer “Killer” is a song written in a similar vein to “Feel Like A Fool”, save for the fact that it was written when she was 17. Though many different versions of the song have been recorded over the years, Uchis never felt it quite right and clearly pays tribute to it here with a neat and tidy version to close out her debut, much different, says she, from the original demo version she recorded when was still learning how to sing.

Learning to sing is something that she has most definitely mastered and though the list of collaborating musicians and producers on Isolation is jaw-dropping, it is Uchis’ voice and her strong lyricism that permeates most prominently. This certainly is an impressive debut – accomplished, polished and professional. With something here to please just about any music fan, this is definitely one to give a listen.