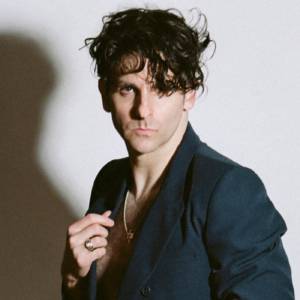 Low Cut Connie are known for their unhinged, high-energy live shows with frontman Adam Weiner banging around on the piano centre stage. Weiner leads the band with flamboyance, powerful vocals and the lyrics to match. The group boasts fans including Elton John, Barack Obama and Bruce Springsteen, who is a heavy influence on the band’s sound.

Their fifth album, Private Lives, is a meandering yet soulful rock ‘n’ roll record. Low Cut Connie songs always sport descriptive lyrics and the outfit has become more refined in pairing the words with heavy guitar riffs. Private Lives is characterised with Weiner’s liberal use of spirited piano. It’s jazzed up by a shimmering tambourine, gospel choir backing vocals and horn arrangements peeking out between the overdriven guitar chords.

Lyrically, Weiner captures a sense of humanity in his writing. He appears to reflect the chaos of life while he takes an introspective look inside his own musical journey and career. His verses are populated with minute details while short repetitive hooks fill in the choruses. He is adept at visual storytelling, using lines such as “the little kids with ice cream crying in the dark,” in the provocative track “Now You Know”. All 17 tracks of Private Lives are tied together with themes of humanity told in Weiner’s sharpest lyrical achievement yet.

Each track is a mini three-minute story opening a window into a unique character’s life. From the mournful lover in “Run to Me Darlin” – a slow melancholy love letter about a messy past romantic escapade, to “Charyse”, which follows Low Cut Connie’s tradition of using women’s names as track titles. Weiner opens a brief window into each of these character’s lives with the delicate pen stroke of a poet.

The whole album is just under an hour, and never rushed. Some of the songs, notably “Tea Time” – a sexy high-energy Iggy Pop inspired tune – feel closer to a demo, a bit rough around the edges, as if just on the fringes of becoming a completed song. In fact, many of the songs are under three minutes, acting as small intermissions sprinkled through the album.

“Private Lives”, the title track of the album, is a bold opening. It’s nostalgic of classic rock with a full sound and compelling melody. The upbeat tone juxtaposes the desolate story of TT the nanny and Jimmy the painter. It parallels the story of lonely people in Billy Joel’s “Piano Man” but with a rosier melody populated with roaring guitar layers.

“Help Me” is jazzier in tone with a gospel choir setting the opening the scene. The story is the inner monologue of a man who feels like a monster, who is lost and claims he is “hanging like a scarecrow with all my insides falling out.” Despite the parallelism of the singer to monstrous scarecrows, wolfmen and aliens, the song is joyful in tone. There is an underlying feeling of hope and revelation. The chorus comes in with force, repetitively calling to “lift me up.” There’s something slightly more edifying in the song before transitioning into the sleazy sounding “Now You Know” which is more reminiscent of past narratives explored by the band.

Following the anguished appeal of “Run to Me Darlin” comes “Take a Little Ride Downtown”, an R&B style anthem with themes of escapism, found on several tracks of this album. This track is then aptly followed by “Wild Ride”, which is slightly toned down in comparison. “Wild Ride” explores the internal battle of pushing deeper into the chaos of life or to bend into the need for escape.

The distorted and bluesy “If I Die” paints a narrative of living life to the fullest. The tight jolting versus of “It Don’t Take a Genius” lead up into the grand release of the chorus. The shaker, bass drop and interesting synths show off the wide stylistic range Low Cut Connie covers in this album.

Next up is “Tea Time” – the exact opposite of “Look What They Did”: a loud rock invasion about the material goods of life. The sexually-powered “The Fuckin You Get for the Fuckin You Got” offers an intermission before moving into another heartfelt song in “Quiet Time”. The wailing vocals and Philadelphia cellist and string arranger Larry Gold come together for a weeping arrangement.

After “Charyse” comes the fast boogie “Nobody Else Will Believe You”. The song gives the great piece of advice in “you gotta boogie for yourself and nobody else,” in a classic rock ‘n’ roll tune.

“What Has Happened to Me” has a great swing to the melody and vocals that sound like they are wading through mud as they forcefully push through the thick bass line. It’s a perfect song for a rhythmic head nod. Next comes “Let it All Hang Out Tonite”, which starts with an eloquent piano intro and flows into an upbeat R&B tune. The song feels like a group of free-spirited friends singing and jamming out.

The album closes on a soulful note with “Stay as Long as You like”, a fitting end to an introspective album. Where “Private Lives” opens the album with a headbanger conducive to many of the tracks later on the album, “Stay as Long as You Like” ends on a thoughtful note, coming full circle with the more wistful tracks. The piano has a delicate touch as Weiner’s powerful wailing vocals call out, “I feel it coming, bad news down the line.” This track ends the album on a comforting note for bad times, like peeling off an external layer at home after a long, hard day. In the tough year that has been 2020 it is a shout into the void that nobody is alone, and everyone needs a friend to let them stay and hang about as long as they like.