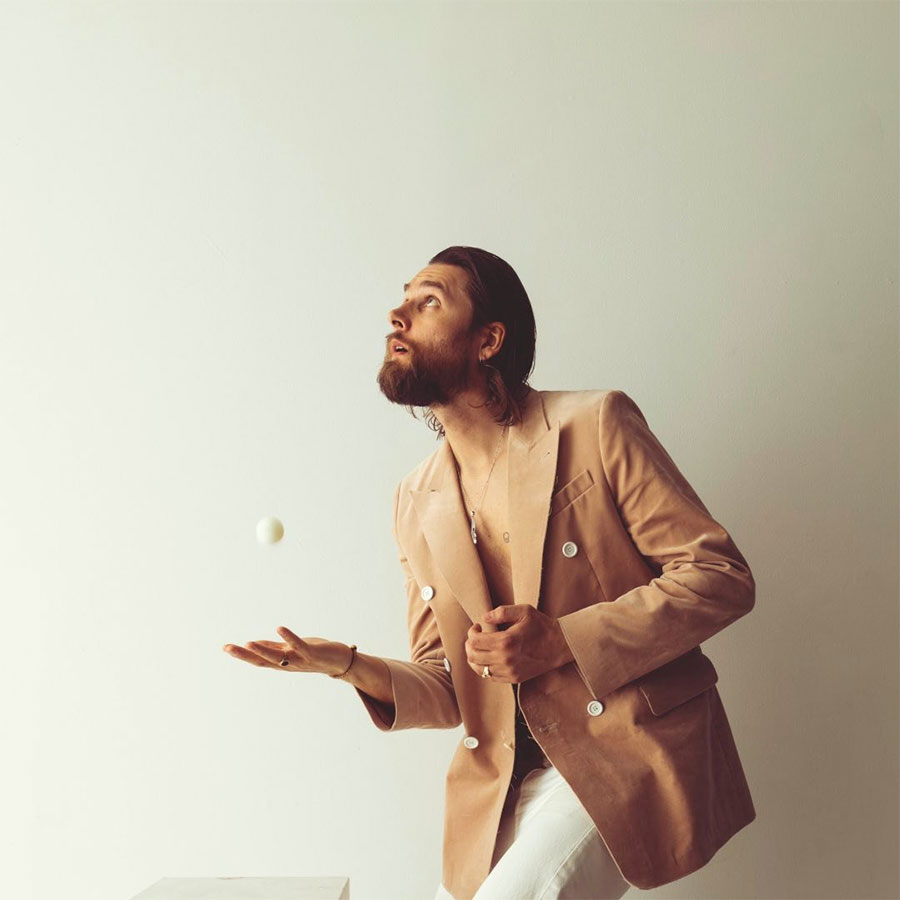 It’s an election year in America, and a hotly anticipated one at that. With the end of a primary process over a year in the making and at a point of extreme polarisation, for most November can’t come soon enough. Regardless, it seems that whenever a presidential election draws near, the airwaves are filled with the obligatory political singles and protest music with musicians from R.E.M., Radiohead and even Bob Dylan seeking to use their platform to sway political opinion and rally young voters. LT Wade may be no different.

Liam T Wade, an English transplant currently recording music out of New York City, may only be releasing his second album now, but he has been stumbling around the industry for over 12 years. Wade’s big break came after an audition to play rhythm guitar for Courtney Love led to a successful mentorship and an unsuccessful studio album. Since then, his touring clout has grown to include stints with Johnny Marr and Supergrass’ Gaz Coombes, while also forming a working relationship with his sister Elle in the band FURS.

Wade is busy, but still found time to release his first album, Transient back in 2018. As its namesake suggests, the album came after a period of restlessness with Wade moving from London to Los Angeles to San Francisco and eventually to New York City. A strong debut, that record showed an underlying influence from The War on Drugs and Anton Newcombe, but with the flexibility that can only come from a touring musician.

Transient also established a few defining characteristics for the music that Wade makes. The album is filled with little interludes capping off tracks or snuck into the very end of a song and often with chipmunk-pitched spoken word sections that attempt to bridge two competing themes. They act as the strings holding together the album so that when Wade discusses his listlessness or media saturation or his lingering nostalgia for his youth it all hangs together. Those interludes can be pretty distracting, but that is kind of the point.

Wade’s other trademark is his hazy and thick production. On Transient he found a way to curtail all of his pretty harmonies and pleasant guitar chimes in a fog of synths and reverb. While it did the trick of crafting a unified listen and certainly gave Wade a defining production style, it does restrict the individual characteristics of each track. On Wade’s newest album Requiem for the American Dream, that production is back but muted enough to reveal its charm without stifling the songs themselves.

Those interludes are back too and even separated into their own tracks to create the impression of a longer listen than there really is. In reality, Wade’s newest album is more of a mini-LP or a long EP with only a handful of songs, and just as many interludes.

In a way, Wade’s second album is really just a continuation of the story of Transient. After he had settled down and begun to focus on his role as a solo studio musician, he began to really fixate on the politics and lifestyle that had perforated the years he had spent outside of London. Requiem For The American Dream is obviously a fixation on the death of that ‘American dream’, certainly for most immigrants and maybe for him as well. Wade picked a tumultuous time to come to the U.S. and his impressions and observations come out of this album sounding like they’ve been building up for years.

Early on, Wade front-loads “Caravan”, a sunny and dance-oriented romp that does the best job here of concealing its darker origins. Between flute flutters and Tropicália-style drums, Wade takes on the role of the U.S. government, telling the ‘caravan’ that they cannot seek asylum in the U.S. That message is undercut by the faux-news reports and Wade’s trademark high pitched vocal snippets that come in the “You Can’t Come In” afterthought. This lull helps to wrap up the ideas presented in “Caravan” while priming the listener for Wade’s next subject.

After an interlude called “We Call B.S.” comes something more surprising. That snippet focuses on politicians who take donations from the NRA and stilt their political sincerity as a result, but afterwards we get a song simply titled “Parkland”. Anyone who has any experience in political-leaning music may instantly roll their eyes at the ultra-timely, opportunistic and clichéd idea of writing a song in the aftermath of a tragedy.

On an uplifting note, Wade’s take plays contrary to the sloganeering that came immediately before. He waxes poetic about the money dirtying up politics and about the need to remove guns from those who aren’t fit to use them but the chorus and the refrain play almost as a love song. They provide a jovial contrast to the trauma of the subject matter and layers Wade and his sister’s backing vocals to give the track a natural feeling of unity.

The rest of these tracks work in a similar vein, with short pieces like “One Percent” providing the background schematics behind the issue before Wade stylises the topic with the full-throated “Money”.

Wade’s greatest strength is not his knack for AM radio melodies or his laid-back California aesthetic but something relatively new this time around. Since his first album, he has found a way to package a grand scale of socio-economic, cultural and political frustration into short, two-minute pop songs. He is not the first person to traverse this tightrope but he proves relatively adept for his first time around. Requiem for the American Dream is a political record and it is a record that will no doubt alienate those who don’t already agree with Wade. But the songs inside are slick and catchy and taken piece by piece, they can sneak into anyone’s subconscious.