Unlike most viral stars, Maggie Rogers has long outlived her 15 minutes, but that’s not to say it was an easy ride. “I was really overwhelmed for a while, and scared too – my life became so public so fast and there were times I wasn’t sure that this was all for me,” the young singer-songwriter explains. It’s been two years since she encountered none other than Pharrell Williams during a filmed masterclass in New York. In a compelling scene, the producer can barely contain his awe for the young artist and her showcased demo, a reaction that set the song in question, “Alaska” on fire across the internet.

Though Rogers has since proven she is no one hit wonder, her full-length major label debut, Heard It In A Past Life, has arrived to quench any doubts. As the record zeroes in on her rapid rise to fame, the artist is determined to tell the story in her own words. The result is a brightly honest account of an accidental superstar, reminiscing on the person she once was, and questioning just how much remains.

Maggie Rogers‘ music is difficult to define, as she seamlessly coats the organic, narrative structures of folk music with the infectious beats and synths of electronica. Soundscapes evolve on this release, but this signature style nonetheless shines perfectly through the record’s opener, “Give A Little”. Beating forward with steady toms and off-kilter synth, layers of lush, tribal-like production grow patiently around a nimble, HAIM-esque chorus. Rogers’ voice shines with optimism and hope, as she looks forward to a future “where everything’s fresh and everything’s new”.

However, her response to newfound fame is not always so assured. “Overnight” is a lacy, nostalgic track that sees the young artist reach out to an old life that she has largely outgrown. Tensions continue to build with following track “The Knife”, as a brooding bassline and uneasy chimes hint at the pressures of overnight success; “I’ve got this feeling, maybe you know, it’s all about to blow”. It becomes hard to ignore just how dynamic Rogers is a vocalist, ranging between gentle whispers and deep-throated cries that can inform the listener just as much as her lyrics.

Though unease surfaces on Heard It In A Past Life, “Alaska” possesses more of a gleaming spirit of freedom and escape. The single is something of sonic forest, alive with upbeat grooves, playful beats and light flourishes of keys that compare to the drip of a melting glacier. Rogers’ light, layered falsetto floats through like a steady breeze, guiding you through the rich, tranquil atmosphere she herself has crafted. Production may bring to mind the exotic energy of Glass Animals and her vocals may recall the ethereal harmonies of Lorde, but the song’s iconic style will never be anything but Maggie Rogers.

Throughout the record, it is clear that Rogers is walking a tightrope between doubt and certainty, a balance she explores through the superb single “Light On”. With an upbeat acoustic intro, Rogers’ confessional storytelling takes the lead, candidly laying down the feelings of powerlessness and fear that have accompanied her success. Her tenacity prevails in a swelling chorus, as she confidently promises to endure for the sake of herself and those she loves. Following track “Past Life” retreats from the art-pop heights but remains on theme, as Rogers opens up further on the overwhelming nature of overnight success. Nothing but a simple piano accompanies the singer’s raw vocals, as she soberly croons “maybe everything’s just turning out how it should be”. With an aching tone, she hints at the greater sense of loss that haunts any transformation, gracing the record with a somber layer of sincerity. 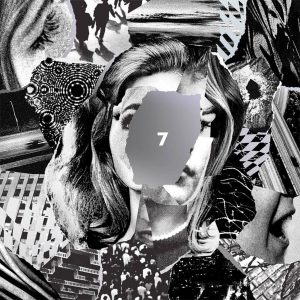 While Heard It In A Past Life is mostly guided by Rogers’ narrative lyrics, studio production steps closer to the forefront in the record’s second half. Mind-inducing deep cut “Say It” opens with warbling, spacious synths characteristic of Beach House, enriched by shimmers of otherworldly keys. Rogers’ layered harmonies ooze influence of sultry RnB, as her surging chorus lifts the song to new heights. Following single “On And Off” sees the singer lean further into the realm of electronica, her voice blending seamlessly with pulsing grooves and a creative range of percussion. Though the song is composed of layers upon layers of creative instrumentation, it never comes across gaudy or overblown, further displaying Rogers’ talent in crafting vivacious dance music with a soul.

As Heard It In A Past Life enters its final stage, songwriting returns to a more intimate style. Piano, bass, drums and Rogers’ soulful voice all come together on “Fallingwater”, an impressive indie-pop ballad worthy of Florence and the Machine. With a little help from former Vampire Weekend member Rostam, production on “Fallingwater” is patient and atmospheric, diverting no attention away from the singer’s heart-wrenching vocals. The track is an impressive single, though in context of the record, one can’t help but feel that Rogers has begun to backpedal. Musing once again on her sudden rise to fame, she falls short in giving the old story a new dimension.

Unfortunately, the singer is unable to break this pattern in the record’s final moments. “Retrograde” sees Rogers’ towering vocals lament on the loss of her old-self (again), while “Burning” trails behind as a straightforward, impassioned love song embellished with drum machines and upbeat, whistle like melodies. As each track fails to cover new ground, production is simply not interesting enough to keep the record from trailing off. “Back In My Body” beats forward as Heard It In A Past Life’s final track, as Rogers finally delivers the confident, empowering anthem that the record has been building to. With an upbeat chant of “this time I know I’m fighting,” Rogers’ glowing self-assurance makes for an accomplished finale in her turbulent coming of age narrative.

Heard It In A Past Life succeeds as a proclamation of authenticity and musicality, with enough melody and energy to truly cement Maggie Rogers’ place amongst the best of today’s indie pop. However, while the record closes a chapter, it does not quite turn the page. The singer does a stellar job bringing the audience up to date with her journey, yet she only offers glimpses into the bright future that sits beyond her success story. The album is brimming with talent, creativity and sincerity, and while it proves that Rogers’ star has well and truly risen, it may still leave some pining for what’s to come.