This latest effort is not a bad album by any stretch. The performances are tight and the recording production, while not flashy, is fitting for what the music is. The problem listeners will likely have is more “philosophical” in that not everyone is super accepting of nostalgia and that’s exactly what you get here – and by the bucket load. Matt Surfin’ & Friends is like a sonic love letter to the 90s and early 00s. Thematically the music is quite uplifting, for example it borrows a lot more from say Weezer or Cake than Nirvana. It can be a hard album to get a read on because it’s easy to turn up your nose in pomp and declare something derivative, but there’s a genuine charm here.

Nearly all of the songs follow the same 90s rock formula of chunky distorted guitars and leading bass with moderate tempo. That may sound like a sarcastic dig at the album and while some of the songs do sound more or less the same, none are long enough to really overstay their welcome.

“Loser” opens the album and runs for less than two minutes. It’s an upbeat song that never slows down and builds to a synth injected climax. “Bleep” is a more serene number than hangs delicate vocals and guitar on a soft repeating keyboard melody that at times sounds more like a guitar with the tone turned to zero. The whispery vocals are more masked in the mix of the song. There’s no point where they jump out and really make themselves known but it seems in keeping with the production aesthetic of the album.

“Life of Luxury” gives more of a display of lead guitar-type playing. At first it’s just bent notes to enunciate the earlier parts of the song. However, the last minute of the song has some really interesting licks to lead out. The rhythm section breakdown almost has you humming “I’m just a teenage dirtbag, baby” in your head, but it never really reaches those same anthemic heights.

“Get Down” is a short acoustic acoustic track that’s actually reminiscent of The Velvet Underground but via “Fearless” (1971) by Pink Floyd. It’s a welcome variation in tone, even if it is early in the album.

“Jamz” is slow and dominated by the twang of arpeggiated guitars until the last minute, when the chunky power chords return. The vocals are again a little too hard to discern though and it’s hard to tell what the two minute and fifteen seconds really add to the album as a whole.

“Truth” is similar with its “hidden” vocals but this time it’s due to effects treatments. The song is upbeat and adds dominant keyboards and synths but stops just short of the funk it almost teases with. It’s a shame too, because such a twist would have made a welcome addition on the album. 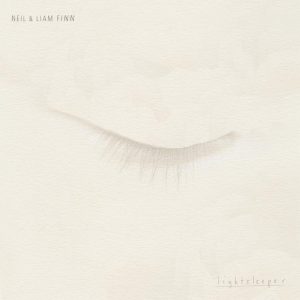 “Cooper in Love” is a mere forty-four seconds and as a result it’s fairly forgettable with its Rick Springfield-esque rapid strumming. Things pick up with “Waiting on You”, as we’re taken back an extra decade with a track that probably wouldn’t sound out of place at a Dire Straits or Simple Minds gig. The guitar work is simple yet extremely fitting, the song as a whole is even reminiscent of Neil Finn’s work in Split Enz – it’s a welcome deviation.

“Vibrochamp” brings us back to basics, but the juxtaposition of the heavy and soft guitars pays off a little better this time and the vocals actually come across much crisper than before. The voices picked up right at the end also serve as a good reminder that we’re not listening to some sterile, million dollar studio blow-out, this is real people doing what they love with what they have.

“Goodbye Mikel” is another strong track, even if it is without vocals. It’s probably the most noteworthy display of the album’s solid drumming. The song doesn’t deviate too much from the album’s sound but it still pulls off being an emotive piece, mainly owing to the minimalistic guitar and stirring synth work. Next, “Summertime” closes the album on a fairly sombre note with nothing but acoustic guitar and occasional tremolo twangs. It’s not an inherently bad song once again, but with such a short runtime it feels like more of a demo or sketch than a fully fleshed-out song.

At the end of the day if you grew up as a fan of the likes of Ben Folds, Cake, The Dandy Warhols etc., you’ll find something to like on Matt Surfin’ & Friends. If not, this album is going to be a hard sell. To the nostalgic it’s surely an inspired tribute work. But if you’re any kind of skeptic, the album comes across more as a dated time capsule of music that much like disco, may be better left in the decade that spawned it.