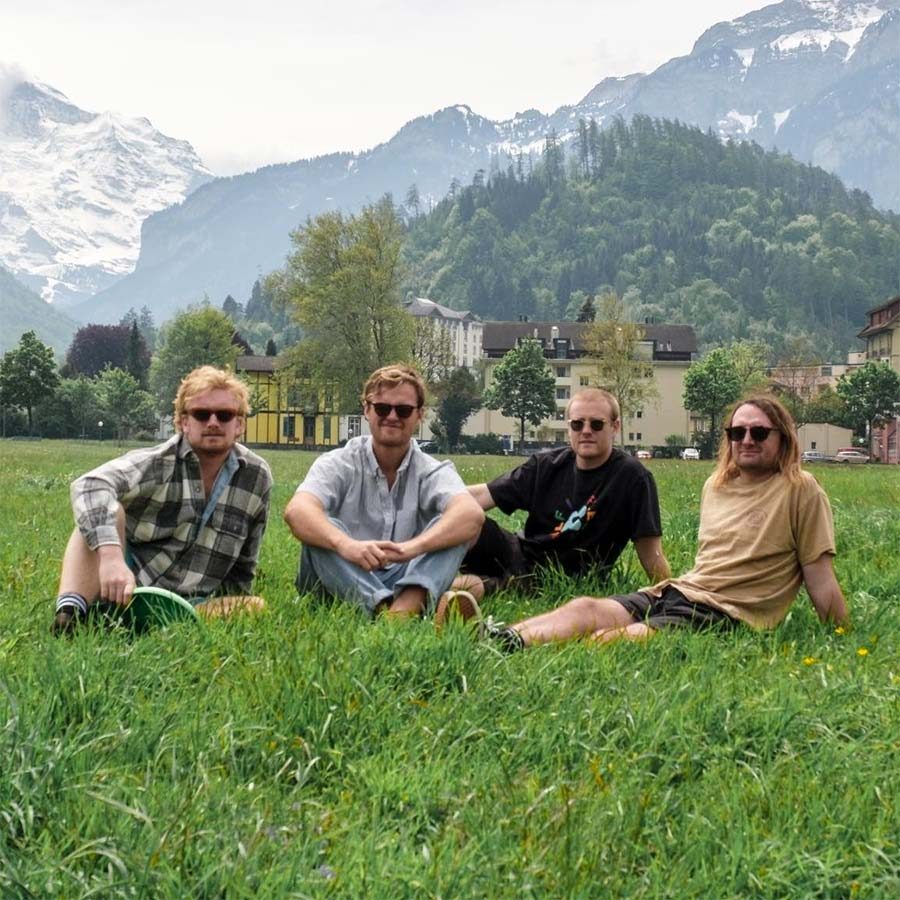 Dunedin, New Zealand – a relatively small city on the country’s South Island – may not sound like a hotbed for a cult genre, but then again neither does Auckland or Christchurch. Back in 1981, when Roger Shepherd started Flying Nun Records, it was simply another small time label trying to capture the music of Te Waipounamu amongst an onslaught of what were then gimmicky post-punk bands. Eventually, Shepherd began to champion a growing trend of shimmery guitar-pop in Dunedin. The label became famous as the home of The Clean, The Chills and The Bats. It would dominate the cultural sound associated with New Zealand and Kiwi rock for over a decade.

Even in recent years, the city remains attached to its island sophisti-pop roots, with newer critical acclaimed groups like Fazerdaze and The Courtneys still releasing music for the label. It would be hard for any band hailing from a city of less than 150,000 people to not feel the weight of its most famous residents and musical exports, let alone a genre as definitive to independent music as that found in Dunedin. Mild Orange, to their credit, try their best.

Mild Orange started off simply enough back at university, when singer and guitarist Josh Mehrtens reunited with his childhood friend and soon-to-be lead guitarist, Josh Reid. They soon fleshed out their rhythm section with friends Tom Kelk and Jack Ferguson and formally adopted the moniker Mild Orange. That name allegedly came from the feelings of optimism and warmth that the colour orange emits; a concept that attempts to summarise what the sound of the band is all about.

The two strongest tracks here are both instrumental. Opening with “Blue Pacific”, the record demonstrates how the band has grown in two years. Similarly “In Flight (two)” features the intricate interplay that evokes a group of much more seasoned musicians at the top of their game.

“First Taste” quickly evokes the sensibilities of Everything All The Time (2006)-era Band of Horses, feeling comfortable enough to let that guitar work get busy, but never letting any part of the band overshadow the rest. It’s a tight balancing act, but one that Mild Orange seems naturally adept at. On “Freak In Me” Kelk’s bassline dominates the sultry and appealing track, but with Mehrtens’ lyrics falling flat in comparison to the weight of the song.

The same issue crops up again on “Making Things” – a track which sounds like a sub-par adaptation of The Strokes’ “You Only Live Once” (2006) – Mehrtens’ lyrics remain flaccid: “While I was making things, you made me think that you were out there for me, or so I thought”. Although by no means pretentious or superfluous, the lyrics seem strung together, as a way of getting the song across, instead of getting a story across.

Compare Mild Orange to Real Estate, another guitar-focused band, who share a similar admiration and approach to sound and atmosphere. Where lead singer Martin Courtney manages to evoke wisdom and mystique that not only sells the song conceptually but also helps heighten the rest of the song’s interplay, Mehrtens’ strays only towards the latter. On “Share This Dance” another highlight instrumentally, the lyrics remain broad enough to apply to the masses, but lack the specificity that could make his writing and Mild Orange itself stand apart from their peers.

Mehrten’s vocal delivery on “Now You Know” provides a perfectly soft and delicate declaration, one that doesn’t do anything to distract from the crystalline guitar and pillowy reverb. Those are the moments that matter most and the reason that fans find the band so hard to ignore.

Regrettably, despite showing some signs of promise, the album fails to make much of an impression, providing no real point of differentiation from many other bands doing a similar thing. Mild Orange should tighten up their songwriting and production if they wish to live up to their indelible Dunedin roots.