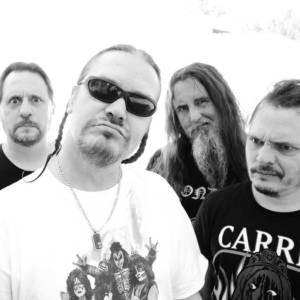 For those who waited over 20 years to hear more from Mr. Bungle, the announcement of the re-recording of The Raging Wrath of the Easter Bunny Demo was likely bittersweet. In 2019, after the band announced a string a reunion shows focused around Raging Wrath…, many fans assumed this was simply part of the rollout for a fourth studio album. Original members Mark Patton, Trey Spruance and Trevor Dunn featured heavily in the promotion for those shows, along with new members Anthrax’s Scott Ian and Slayer’s Dave Lombardo. Together the group set about not to play Mr. Bungle’s “hits”, or really any songs that fans would know, but instead record their first and often overlooked demo debut, in a proper studio setting.

Most likely given the presence of Ian and Lombardo, and the nature of Mr. Bungle’s 1986 Raging Wrath… demo, the overarching genre here remains thrash. Unlike their previous studio albums that were critically lauded for their genre exploration, consumer defiance and sheer individuality, Mr. Bungle’s newest (and oldest) album is relatively straightforward. With most of the personality coming almost entirely from Patton’s vocal performances, the result is a strong rendition of a pretty blasé album. Mr. Bungle would go on to do some genuinely influential envelope pushing with their proper studio albums but Raging Wrath… hints only slightly at that.

“Hypocrites / Habla Espanol O Muere” is a great example of the missed potential on this rerecording, “Hypocrites”, one of the highlights from the original demo is paired with a reworking of “Speak English or Die” from Ian’s influential and often satirical side project, Stormtroopers of Death. The result utilises Ian as more than just a session man and expertly blends the two songs into something greater.

Similarly included is a cover of Corrosion of Conformity’s “Loss for Words”, a track Mr. Bungle played often during their tour behind Disco Volante (1995). Its placement seeks not only to commit an obscure rarity to the studio, as with the rest of the album, but also to pad out the length of this release. Unlike the original Raging Wrath… which ran just over 35 minutes, this version comes close to an hour long.

This may prove the biggest issue with Raging Wrath…, while the performances are predictably strong and the songs much more gripping than their original recordings; too often these renditions are overlong and bloated to the point of being uninteresting. A notable exception are two unreleased tracks, “Methematics” and “Eracist” that, while stretched out farther than they need to be, still maintain a charisma and power that help them stand above the rest.

The album works best on these extraneous tracks, and when it pushes towards Mr. Bungle’s later work. A few highlights do demonstrate that even when the band members were in its teens they were beginning to experiment with other genres. On opening instrumental “Grizzly Adams”, the band’s theatrical guitar melodrama plays up an unsettling aura, that when combined with “Anarchy Up Your Anus”, a more straightforward thrash track, adds some personality and weirdness to the album. “Hypocrites” likewise playfully interpolates “La Cucaracha” in the latin-tinged track. This sort of genre-hopping may have seemed slight at the time but in hindsight, it proves all the more indicative of where this band would eventually end up.

The Raging Wrath Of The Easter Bunny is no one’s favourite Mr. Bungle album; in fact many fans would be forgiven for not even knowing that it existed. That’s obviously why they would choose to rerelease the album, but as for actually rerecording it, it’s surprising that after 20 years of waiting this was the studio album that fans were given. From that point of view it’s hard not to expect a little more from the band but for what Raging Wrath… is, it’s a success.

This rerecording is stronger than the original, given the group’s collective experience and studio improvements, but in translation Patton and company may have lost the point. Those original recordings are interesting not so much for their content, but for the disparity between where this band started and where they would end up. In the end, it may seem derivative for Mr. Bungle to rerecord this album instead of releasing new music but at least they did it well.