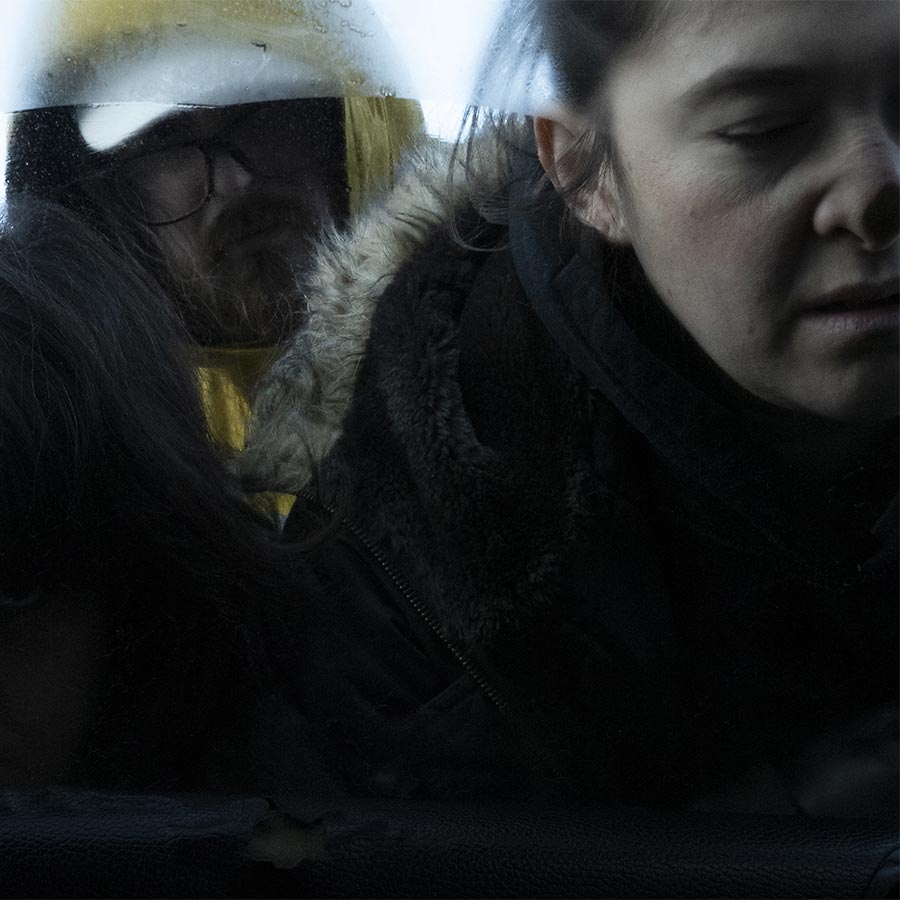 It’s been quite the wait to hear from Toronto punk stalwarts New Fries again. This is their first new release since 2016’s More and much has changed in the intervening time. Synth player Ryan Carley departed the band in 2018, leading to a required re-think. They took the opportunity, remained a three-piece (their original formation), and created a more open and innovative outfit. Each member switched their roles: Anni Spadafora took up bass for the first time; Tim Fagan juggled guitar and a sampler; while Jenny Gitman reduced her drum kit to three pieces.

A statement in their press release further explained their desire to disavow the normal idea of what constitutes a band: “We’ve never been interested in the tradition of songwriting – though we’re interested in musical elements like repetition, space, and dynamics… This space to make music in has felt wild and free. We have also contradicted ourselves. We are also always changing.”

Their sound is best described as no wave, that punk movement curio: the style emerged in New York City during the rough and ragged ’70s, and constituted a complete rejection of old ideals like harmony, structure, and melody. Noise and atonality were favoured and this is what New Fries weaponise decades later.

After such thought and change, Is The Idea Of Us is an expectantly chaotic and anxious listen but the band mostly achieve their goals. The music exists in the middle spaces between where we usually expect songs to go, provoking with its incessant repetition. If the atmosphere that hovers over the record is a mysterious grey, New Fries wield their new instruments to clear the murkiness when they can.

The album is pure experimentation, divided into two sides: there are six named main tracks, and these are interspersed with seven small dissonant intervals, all simply titled “Genre”. The named songs are more conventional post-punk – but still coldly cerebral – while the “Genre” attempts are where the abrasive no wave dominates.

Above all, Is The Idea Of Us plays on the quieter side of noise rock, either through careful consideration or a result of the learner’s curve associated with their new band form. On the named tracks, the confrontation is minimal, the recording preferring disorientating dissonance over aggressive abuse of sound. This is seen from the outset on “Bangs” – Spadafora’s introductory bassline being hesitant and ominous. “Lily” is easily the longest song on the album and is resultantly more sprawling and expansive than the rest. It’s also the closest New Fries come to creating a clear danceable sound, with its battling guitar work and jumping bassline (they still desire their audience to dance to their music but just make it more of a challenge for them to do so). “Ploce” is a focused and tight piece with assured beats and more conventional rhythm.

Spadafora grips one’s attention throughout the named songs: her assured spoken word demands to be heard, her vivid intent notifying us of this fact. On the subdued “Mt. Tambora” her voice dominates, her words delivered proud and confident, as if proclaiming a manifesto (it wouldn’t be difficult to imagine the band expanding on the initial experimental idea for this record into a set of ideals either); every exultant act is menacing and empowering.

The “Genre” tracks are very short (the first one runs for only 28 seconds) and instrumental works, intentionally bare-boned. They’re disjointed and disruptive and feel like the anarchic elements that New Fries yearned for with this record. “Genre III” and “Genre IV”’s mounting energy reflects the intensity of an anxiety attack, beginning then ending just as suddenly as it started; “Genre V” seems to echo from a dark corner of an abandoned warehouse nightclub, a ghost of Berghain twenty years from now. All are eerie and unsettling, all are not for the faint of heart.

The dichotomy between the named songs and the “Genre” tracks is jarring, certainly, and Is The Idea Of Us feels like two contrasting records in one. It’s a courageous effort, though, their willingness to try something new welcome in an often stifled rock climate.

To understand the essence of the new New Fries, their song titles offer clues as to what they were really aiming to achieve on this record. “Mt. Tambora” references the stratovolcano whose 1815 explosion was the largest in recorded human history; its explosion was heard more than 2,000 kilometres away on Sumatra Island, and caused the ‘Year Without A Summer’ in 1816. Today, Mt. Tambora is still monitored for any volcanic activity as a powerful eruption could harm millions. “Ploce”, meanwhile, is a figure of speech where a word is repeated, often with a different sense, after the intervention of one or more other words. This is New Fries: esoteric, intelligent repetition, capable of disruption and chaos at any given small moment.