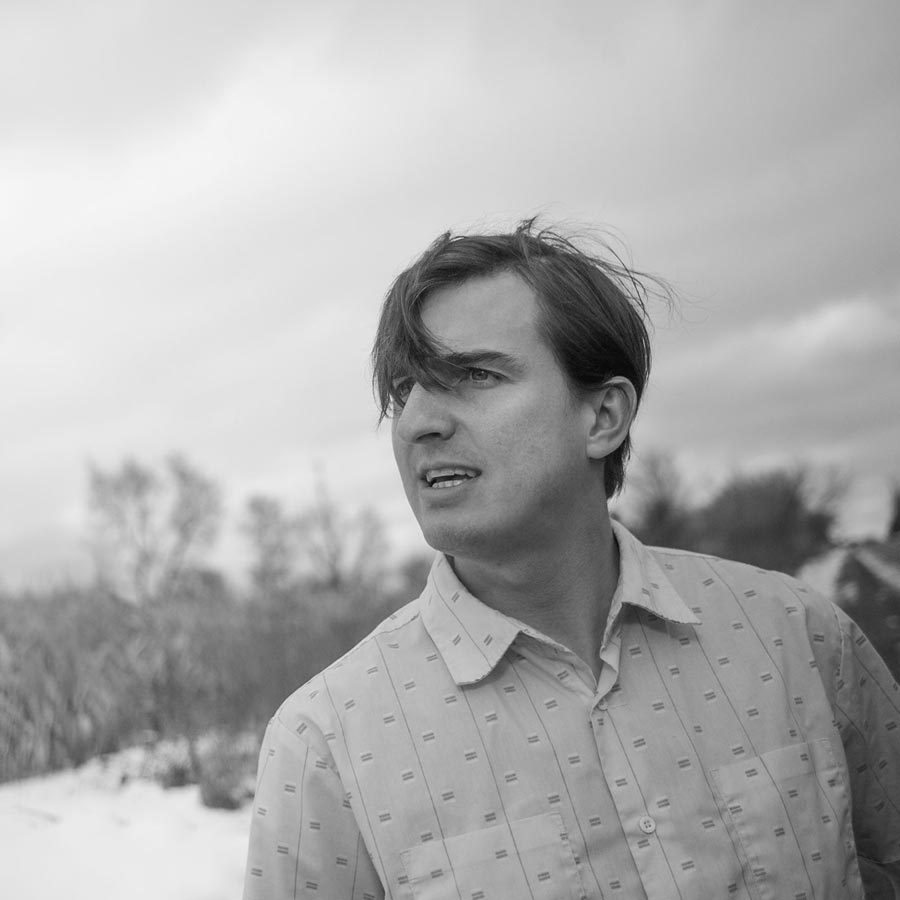 Hailing from America’s heartland in the mid-west, Pat Keen intuitively grounds his alt-folk solo songwriting in an organic ambience which is attachment to the land the region is so well known for. Reconstructing classical folk compositions with his proclivity for jazzy experimentalism, Keen’s third LP, Cells Remain offers his most fully realised collection of songs yet. Thematically ambiguous due to a “subconscious sound-poetry turned into meaning later” style, Keen asks more questions through his moving melodies than he does offer answers, polarising those without patience. 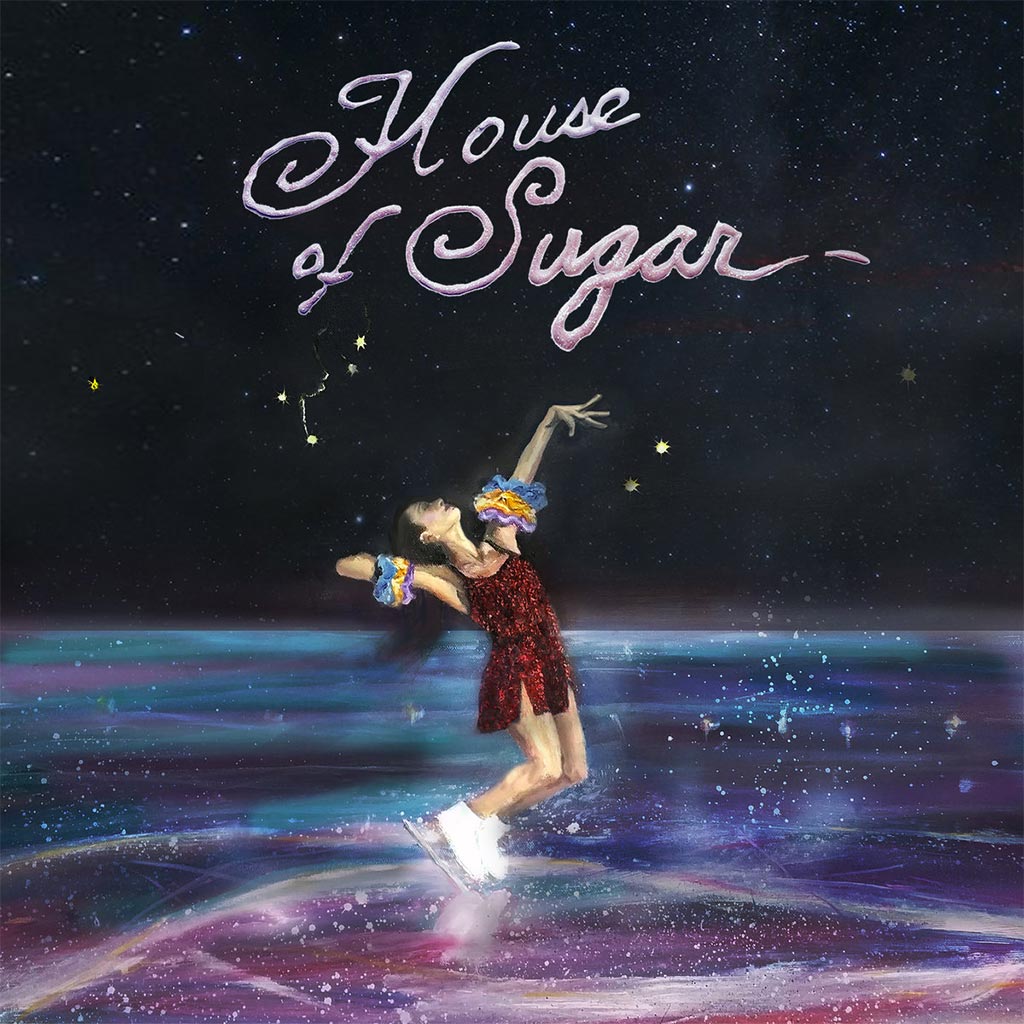 Earning his bachelor’s degree in jazz performance at the New England Conservatory in Boston, Keen has plied his bass skillset across a range of indie bands, the most notable being Guerrilla Toss. Starting his solo project in 2015, his debut LP Leaving and its 2017 follow up Albatross bore a lo-fi, folk-pop style à la (Sandy) Alex G. With few songs lasting longer than two minutes and jazz-induced tack changes aplenty, Keen’s latest record is conversely patient. Fully formed arrangements and instrumentation adds a polish to the compelling aural canvas. Whilst his least accessible album, repeated listens enrich the experience.

A sedate, ritualistic hymn, “Cell Song” sets a strong scene to open the record. Keen’s hums accompany rejuvenating arpeggios, each chord gushing against the backdrop of ambient bird sounds. Meditative verses build themselves around circular fingerpicking patterns that counter pulsing kick samples as Keen binds fate to physiology; “Cells remain in my bones, they refrain from any kind of change, bleeding in and out”. Similarly styled, “Lost And Found” follows as a soothingly wistful lullaby. Over gentle guitar, it tells the tale of the day-to-day adversities encountered travelling with a loved one; “I’m talkin’ loud and you’re talkin’ tough, I’m not havin’ fun, you’re not havin’ fun”. Synth and Adelyn Strei’s backing vocals in the chorus offer an understated RnB quality that both surprises and delights.

“Screens” is an apt amalgam of the old and the new. Simple strums move through progressions with a languid catharsis backed by glitching samples, pointing out a disdain for supplementing human interaction with technology; “Boring decisions keep me far away from this new kind of notion that you’ve said on the phone but not in person”. Blushes of piano give “Rot” more of a theatrical melancholy when paired with more rolling fingerpick licks. Evidence of Keen’s contemplative construction, more morose verse melodies arrive at a point of arrest and act to elevate the already ethereal chorus that bears a tragic resignation; “All this time, I’ve waited around, it must change soon, but maybe not, and if it’s not, I guess I’ll stay, spinning around, going insane”.

The contemporary jig of “Torch” offers the first up-tempo track on the record. Underpinned by a strong main two-chord progression and accompanying melody, Keen exhibits the unique contrabass clarinet with more driven lead guitar for a colourful composition. It’s a refreshing respite from the preceding sombre songs and segues nicely into the rhythmic fingerpicking of “Settler”. Like “Rot” before it, mystifying jazz-folk verses prelude the splendour of the chorus, made magical by Strei’s harmonies yet again.

“Make Me Right” casts off into more quirky alt-folk-pop areas through swirling synth and interjecting strumming. Keen’s vocals waft through the vibrant arrangement that teeters on the border of poise and pain. Whilst slower, “Fish Bowl” operates in a similar space of uncertainty, with Keen contemplating the importance of missed opportunities; “Here on the couch, waiting for daybreak, gone again somehow, feel my mistakes”. One of few songs embellished with drums, albeit in a minimalist fashion, the key vocal melody in each chorus is teased to perfection and enhanced with the underlying synth on one of the strongest takes from the album.

“Wrong” maintains a similar sense of minimalism, pairing transient keys with arpeggios. Complemented by jazz-induced flute lines, it takes some compelling twists and turns before arriving at the heart-wrenching sense of isolation through the chorus. Conversely comprehensive in its production of oozing synths and blossoming guitar strums, “Farmer” feels like an alt-country ballad. Shuffling along with a certain mysticism, Keen uses the natural landscape to express his existential apprehensions; “Stay here longer so I can ponder the brain and all entities, am I trying to impress the ways of society”.

In a moment of collective catharsis, “All Along” builds with each element of the ensemble being isolated before blossoming into a cohesive, concerted release. The conclusion exudes a moment of elation that is worth the weight so late in the piece. Closing the account is the demure detour of “Hot Face”. Flipping the preceding pattern, each verse holds an impactful hook before resolving into the ether of harmonics and open space. It’s one of few tracks that feels a little too obtuse in its explorations of altered rhythm and melodies, with Keen overplaying his jazz hand.

The first true deep dive into Pat Keen’s compositional ability is exactly that. Tempering his ear for affective hooks, coloured arrangements and a balanced experimentalism make Cells Remain a substantial success. Though the meaning of his music feels clouded in improv-based introspections about social psychology and existentialism, Pat Keen feeds the listener with enough to stimulate their own experience, provided their ears are vulnerable enough to hear it.