If you like to embrace chaos and love the sound of it, Pom Poko is the band for you. Comprised of vocalist Ragnhild Fangel, guitarist Martin Miguel Tonne, bassist Jonas Krøvel and drummer Ola Djupvik, the group’s sound sprays out with the excitement of opening a shaken can of fizzy drink. With the release of their first album Birthday (2019), Pom Poko experimented with loud, epic sounds in “Crazy Energy Night” and sweet ballads such as “Honey”. Their bold, audacious debut showcased their ability to capture extreme highs and lows from surrealist art-punk tunes to grunge-jazz anthems. 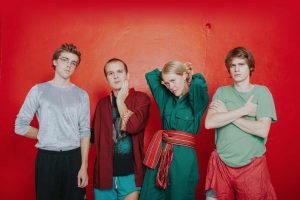 In a 2019 Sungenre interview, Martin described the influence of jazz on their sound, suggesting they are “working with improvisation in every conceivable way.” Ola added, “you have more freedom when you compose in realtime… what we play isn’t jazz, but I really feel that I use my jazz background, because I feel I’m free to take or make decisions in realtime when we’re playing.”

Their second album Cheater dishes out a familiar set of thrills, full of surprise twists and turns. Pom Poko is a band that demands to be heard live, and the many intricate elements to Cheater can attest to that. However, the main shortcoming of this album is that their complex structures and intertwining guitar riffs can at times cause the main melody to be overshadowed. It is a demanding album that can possibly take several listen throughs to be enjoyed and understood to its full potential. Because of this there are not as many instant hits as “Birthday”. But Cheater showcases their ability to pack the largest sounds possible into a three-minute track. It will be a joyful day when pandemic restrictions ease up and the band can be allowed to demonstrate how they translate the energy of this album for a live performance.

The opening title track, “Cheater” bursts out of the gates, full speed ahead. Distorted guitar juxtaposes Ragnhild’s angelic vocals. A funky bassline and stuttering guitar colour the verse. The chorus trails after with a choppy call and response between the guitar and bass, creating an echo rippling through the ears. Although the start of the song emits a whisper of a pop song, by the end, the song descends into an extended punk instrumental bash.

The second track, “Like a Lady” is the star of the album. Ragnhild’s serene vocals stay steady in a storm of sound swirling and crashing all around. The beginning gets right to the drama with a loud guitar riff but abruptly cuts off and pulls back, hinting at what’s to come later in the climax. The twang of the chorus delivers a strong melody. It is a brilliant power anthem for a powerful lady that slides down the guitar’s distortion. 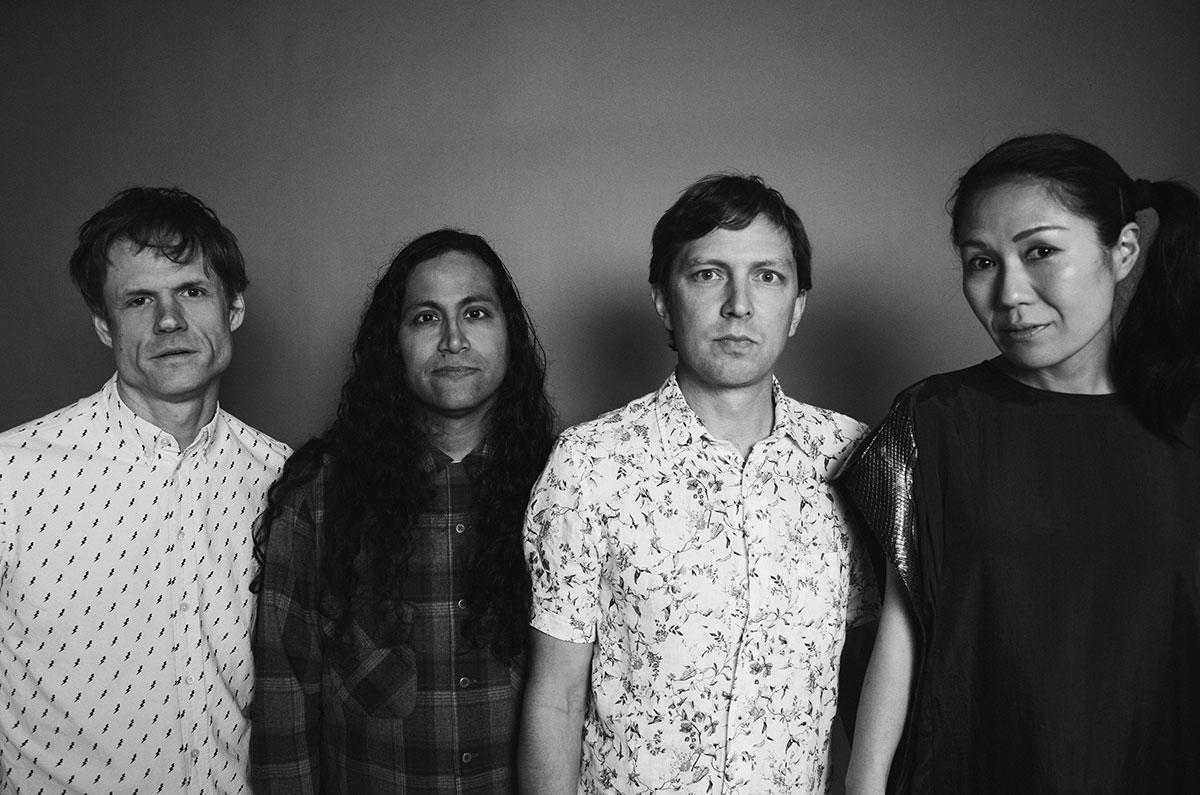 A conglomeration of instruments and sounds start off the Deerhoof-esque third track “Andrew”. Glistening bells smooth out the sound of the overdriven guitar. The pausing of instruments and vocals emphasise the halting, bouncing tempo. The song leaves with a lingering buzz, leaving a final imprint on the mind and the ears.

The fourth track is quick and upbeat. “My Candidacy” showcases Pom Poko’s punk side with a screeching guitar that gives a sharp edge in the chorus. The guitar seemingly has a voice of its own rivalling Ragnhild. In the end, Ragnhild’s voice pulls ahead to an impressive climax to complete the fierce song.

“Danger Baby”, the fifth track, is slowed down compared to the first half of the album. It is a moment of calm to catch your breath before launching into more intense and upbeat tracks later on the album. Even though “Danger Baby” is calmer in comparison to other Pom Poko songs, this track doesn’t lack in complexity of melody or harmony. It is funky, and has an enjoyable swing embedded in its core.

“Andy Go To School” opens with a distortion that grates on the ears. Make no mistake – this track is light, upbeat, and Ragnhild’s voice reaches admirable heights. The chorus demands “clap your hands and everybody get down.” The roaring, tornado-forced instrumentals and stomping beat promise to incite a raging party.

“Look” begins with a stomping, crashing beginning and is not so seamlessly paired with a quick hi-hat. Blasts of guitar pop in to liven up the track. The vocals are delicate and sweet, a noticeable contrast with the intensity of the forceful chant-like singing in the chorus. The instrumentals in the chorus brings about a screeching that momentarily covers up the melody.

“Baroque Denial”, the eighth track, has a delightful rise into the verse. The beautiful vocals pair well with the sharp, spiky-sounding instrumental bits. Throughout this song there is a feeling of rising up, only to land comfortably in the chorus. The vocals on “Curly Romance” make it sound almost like a pop song, but backed with a warped electric-sounding plucking and post-punk guitars.

“Body Level” rounds out the album. It arrives in stark contrast to the surrealist arthouse rock the band displays on some of their other tracks. It starts with high energy but drifts off into a sweet song. It feels like the band is metaphorically wrapping us in a warm blanket as we drink hot cocoa. The melody is compelling and a fitting end to the admirable effort that is Cheater.