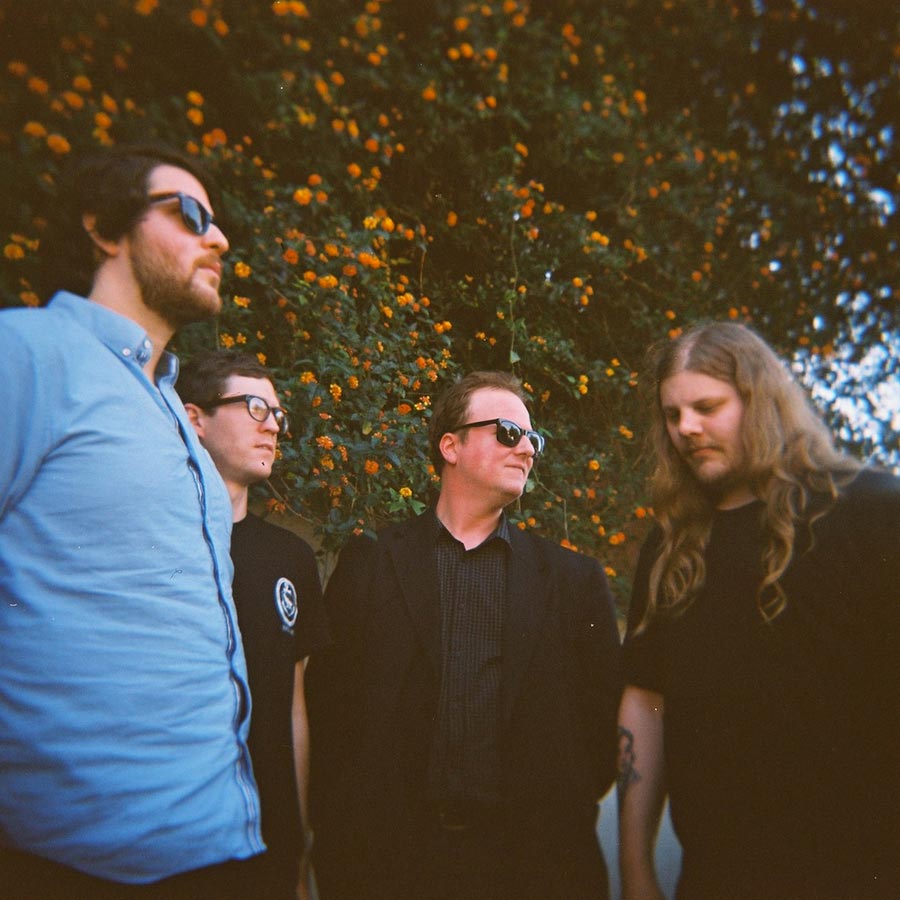 In the midst of the post-punk insurgency of the 2010s, Protomartyr has always been the stoic, introspective cousin to that of Parquet Courts and Savages. Frontman Joe Casey is shrouded in mystery, projecting his cryptic pondering behind his suit and sunglass combo. Following 2017’s Relatives in Descent, the band’s fifth album Ultimate Success Today sees Protomartyr evolve to their most cataclysmic form.

The ominous opener “Day Without End” kickstarts with dark, spindling guitars from Greg Ahee. With his deadpan howl, Casey demonstrates a hopeful nihilism. “I’ve been planning for this day all my life, or have I not?” Casey asks with apathy. The track builds in apocalyptic fury, becoming more and more unhinged until its conclusion. The dystopian painting “Processed By The Boys” digs deep into subjects of authoritarianism, surveillance, and the reality of a militarised police state. Anchored around hammering guitars and punchy drums, this single feels gigantic. Producer David Tolomei, who has worked with bands like Dirty Projectors and Beach House, is capable of making very little feel like an overwhelming onslaught.

An incessant droning guitar demands most of the attention on “I Am You Now”, providing a bed for Casey’s rabid wordiness. Indeed, the use of feedback and sustain is a prominent feature throughout the album. Casey’s demeanour is somehow crazed and perfectly calm at the same time. “The Aphorist” is a slow burn. Behind the crackling wall of sound, horns claw for attention in the background. The track is propelled forward with militant guitar leads and march adjacent drumming.

“June 21” generates a claustrophobic atmosphere with its creeping bassline (Scott Davidson) and its buzzing guitar line. Brought in to provide additional vocals, Half Waif’s Nandi Rose is a solid tonal contrast to Casey. On “Michigan Hammers”, the band ponders the cultural and class divide of their home city. “From a pious west to the wooded north, where the real freaks live in the east,” Casey states. Duelling guitars and bass work together for an unrelenting, disorienting feel.

A muddy bass weighs heavy on “Tranquilizer” while distorted saxophone fights its way up through the depths. Leaning into noise rock territory, the tone is absolutely destructive. “Modern Business Hymns” has the closest thing on the album to a “catchy” melody. With sarcastic delivery from Casey paired with a rigid funk, it comes across as a twisted reincarnation of new wave.

Vigilant drum flurries circle around Casey at his most expressive on “Bridge & Crown”. “Worm In Heaven” is a somber conclusion. While it begins as a gentle fade-out, the moment for the listener to catch their breath is cancelled out as the track begins to barrel into an uncompromising, authentic climax.

Ultimate Success Today is a truly fierce experience delivered by the quiet Detroit punks. The band has shown obvious growth and evolvement over the last handful of years, delivering their most brazen release to date. The production is something to behold, as impenetrable walls of furious sound blast through headphones, but with a chiseled clarity for nuance and detail. Within rage and fury, there is room for atonal sax and alien flute melodies. Protomartyr’s fifth release is a dense, challenging and thrilling addition to the modern post-punk movement.