Following her signing to Domino Records, the release of several catchy singles last year, and being flagged by Sungenre as one of 10 artists to watch in 2019, former Cherry Glazerr keyboardist Sasami Ashworth is due to release her self-titled debut album this month. The accomplished multi-instrumentalist has worked both on stage and off, breaking her way into the industry from a young age – starting out in punk bands in middle school, then later obsessing over the craft that is sound engineering. Her debut album SASAMI offers a series of melancholic rock anthems that recount the story of unrequited love. Ashworth has a background in composing film scores and much of the album feels as though you’re listening to the soundtrack of an indie film. This, paired alongside her layered vocals and the warm strumming of electric guitars is a meticulously curated and attuned production style, assisted by her brother JooJoo Ashworth and Thomas Dolan. 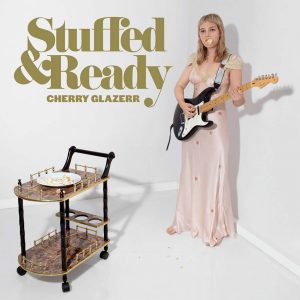 “I Was A Window” featuring Dustin Payseur is an introduction to SASAMI’s story. The song suggests that she acts as a reflection for her significant other so that they may be able to look out and see something better. There is a running theme in the form of a piercing synth lead before it settles into the melody. It starts off quite innocent and builds up a tolerance once the new sections begin. The distortion of synths is rather abrupt but perhaps the artist wanted to portray a message of how external factors create chaos in a peaceful relationship. Next, the head-banging, upbeat single “Not The Time” has an over-optimistic energy about one day rekindling the relationship as she explains the shortcomings of being in the wrong place and time for love.

The track that follows, “Morning Comes” starts off with a powerful bass line before unsettling murmurs of vocals turn into the first verse. Layered chorus vocals along with harmonies seem to be a running theme in this album. The instrumental section half way through the song is a messy mix of modern rock guitar licks and synthesizers. Her punk rock chanting of “I’m not sorry” expresses her unapologetic use of distorted electric guitars ringing loudly that melts into “Free” featuring Devendra Banhart; a rock ballad with vocals being the highlight of the song. The guitar chords are hauntingly beautiful and she is able to express a tenderness and vulnerability. There is only a shaking a of a tambourine that binds it to a beat but the true standout is in the delivery of the chorus. It builds and falls almost effortlessly and has the ability to capture the raw emotion of her lyrics.

The tempo and mood changes with “Pacify My Heart”. It is darker and the repetition of “some days I wish I never met you” is evidently expressing the struggle to move forward. However, the chorus switches into major chords and there is recovery when she says “but that’s okay with me, another day we’ll see it through”. This is before we are taken on another shift into the instrumental with more hard rock distorted sounds leading the outro. 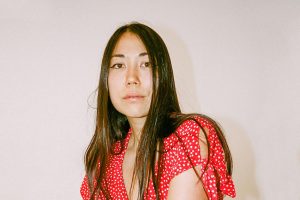 “At Hollywood” is a dreamy, slow-rock lullaby with rattling snares and panned vocals that pair perfectly with the melancholic nature of the track. The artist having come from L.A. invites us into the Hollywood she knows it to be, where “there’s something there for everyone”. It then picks up with the high energy intro of recent single “Jealousy”. This song in particular isn’t as moving as the rest of the tracks on the record and the chords are a little eerie, especially the high-pitched vocals in the chorus that spitefully repeat “jealousy”. Alternatively, the harmonious delayed vocals in the outro sound exquisite, with a sustained and ascending progression of harmonies.

We then hear “Callous”, a personal yet invigorating track that entails the stories of emotional abandonment. The track starts out with her monotonous tone and dark lyrics of resentment towards the other and is followed by the chorus that is densely packed with more layered reverbed vocals and soaring electric guitar solos. It then settles into a repetitive synth loop throughout the outro of the song.

The peaceful guitar chords of “Adult Contemporary”, a track featuring Soko, feels like one of the more underrated tracks off the record. It fuses together elements of jazz chord progressions and punk rock influences which marries perfectly to deliver this stunning number. The instrumentation towards the end of the song is impressive as Ashworth blends a single synth, guitar licks and a string section which leaves the listener astonished at her seemingly limitless musical ability.

The final track from the album, “Turned Out I Was Everyone” starts off with an 80s-like drum beat followed by a dreamy synth pad. The song showcases her lower vocal range and we get to hear a contrast to her usual vocal energy. The lyrics are repeated with a shadowed response to “to be so alone in the night” – bringing us to the conclusion that she is comforted by herself but that she was also surrounded by people that felt the same way. The song ends strangely with a warping synth that comes to a harsh end which suggests she’s told her story and that it’s finally over.

SASAMI’s debut solo album is a journey into the highs and lows of love. From the production to the delivery, Ashworth’s unique talent delivers a feeling of freshness across the album’s ten tracks that makes for a rewarding and compelling listen.