Scott Hirsh is no stranger to the American alt-country scene – he’s been performing with acts such as The Court & Spark and Hiss Golden Messenger since the late 90s. Following his 2016 solo release, Blue Rider Songs, the multi-instrumentalist singer-songwriter offers up an album that is a genre-defying blend of all things Americana, showcasing Hirsch’s innate songwriting ability. Lost Time Behind the Moon is a mixture of country, blues, folk-rock and psychedelic which come together to create something wholly different from the separate parts. It is moving and contemplative, bold and adventurous, whilst also delicate and sensitive. 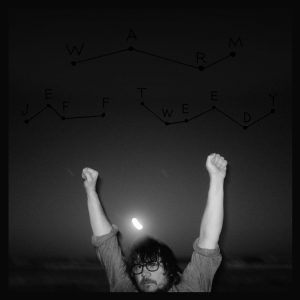 Consisting of ten songs spanning roughly 38 minutes, Lost Time Behind the Moon is a soulful representation of Hirsch’s personal search for answers, of love lost and found and the passing of time. The album feels like a journey, both physically and psychologically, back home. It captures several styles that are synonymous with American past-times, hinting at influences from some of music’s biggest names but ultimately creating his own sound and voice within a classic genre. The record was produced by Hirsch himself, with assistance from producer Mike Coykendall, and features many well-known artists such as William Tyler, Mikael Jorgensen of Wilco, Orpheo McCord of Edward Sharpe and the Magnetic Zeros and Jesse Siebenberg of Supertramp fame.

Track one, “When You Were Old (El Dorado)” opens with an Al Green-style organ swell, horns and backbeat. It soon hits its stride in the verse with slide guitar solos complementing Hirsch’s smooth vocals. Backing harmonies bring an extra element to the chorus and fills the sound out nicely. Much like the roads of El Dorado, this opening track is pure gold.

“Lost Long Time” heavily leans into the country style but with elements of gospel through the use of an organ. This song has typical country style subject matter, with Hirsch singing of yellow moons and being lost in the wild country. Chorus harmonies, harmonica and slide guitar solos only add to the style and depict an image of someone travelling great distances.

This album, as aforementioned, slowly evolves stylistically throughout. Track three, “Nothing but Time” moves towards country and blues, displaying Hirsch’s love of classic American songwriter Tom Petty. This song is a pulsing demonstration of solid 12-bar blues and provides another example of tasteful backing vocals.

“Rose’s Song” then comes in contrast with a stripped-back acoustic number about lost time and coming home. Falling slide guitar and a simple backbeat compliment the vocal melody to create a peaceful and beautiful piece of music. The strings seem to wash over you – they are warm and lush and are the perfect ingredient for this song. Although this is one of the slower tracks on the album, it’s definitely a highlight and an excellent illustration of Hirsch’s ability to write meaningful and touching music.

Instrumental piece “A Pair of Nines” works along similar lines to Jack Johnson’s “No Other Way” but without words. Finger-picked guitar, moving rounded basslines and one of the best riffs on the album make this song a dreamy jam worthy of a lazy Sunday afternoon. It’s a nice segue into the back half of the record which begins to experiment with a wider palette of styles.

Much like track three, “Spirits” confirms Hirsch’s affiliation towards the music of Tom Petty with an upbeat start to the second half of the album. This track feels like an 80s driving song, lending to the notion of this album being a journey. Unfortunately it doesn’t pack the same punch as many of the previous tracks. Conversely to this, “No No” feels like a pit-stop at a sleazy small-town tavern. It’s funky and shady with a swung bassline and smooth and sensual saxophone. The use of tremolo and delay in the guitar part generates a very open, spacious sound. The only downfall to this song is the vocal phaser effect Hirsch uses – it just seems unnecessary and would not be missed in what is one of the best songs on the record.

Slowing things down even further, Hirsch croons his way through “Valley of the Moon”. This one is a slow country and western shuffle, evoking pictures of travelling westward. It almost feels like a segue into cosmic jam “Pink Moment” which is similar in style and feel to indie rockers Volcano Choir’s album Repave (2013). This instrumental, unlike “A Pair of Nines”, displays Hirsch’s sensitive and experimental approach to the sounds that conventional instruments can make – opting for delay and reverb filtered slide guitars cascading over acoustic guitars to create an ethereal soundscape.

The final track on the record, “Evening’s Wooden Drum” slow evolves out of the previous song with alike guitar work and ghostly effects in the background. Technical guitar playing and harmonics, along with a smattering of percussion and repetitive vocal lines make this song feel like the end of the album. It ends as if the journey has met its conclusion and Hirsch has arrived at a point of peace.

Overall this album is exciting in parts, solemn in others and manages to convey different styles with proficiency. It feels like a retrospective record of Hirsch’s life and career, a maturing of sorts brought on by experiences of growing up and change. A rewarding listen to fans of multiple genres, it’s a poetic album and one that fully highlights the musical talent of Hirsch.