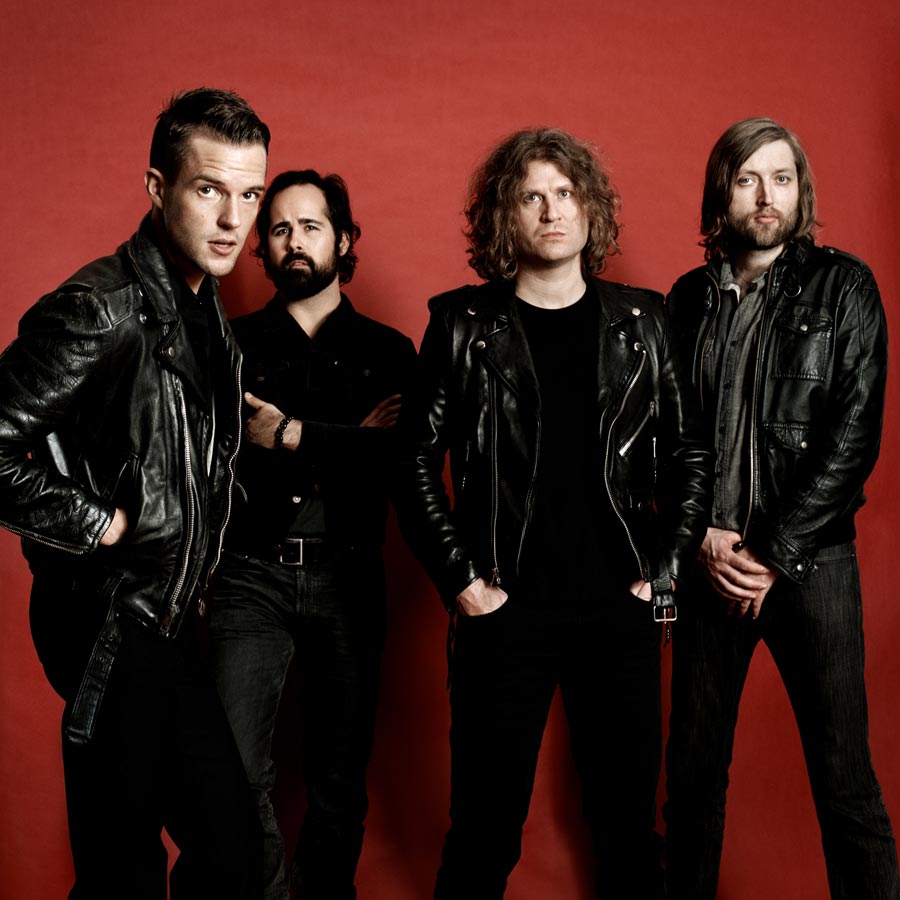 The Killers’ first few albums are undeniably a product of their times, tied to their cultural presence and both amplified and limited by nostalgia. Since their initial hiatus in 2010, the band has struggled with balancing their arena clout with an honest desire to expand and improve upon their formula. This issue has bogged down The Killers’ most recent work: the ridiculous Wonderful Wonderful (2017) and the forgettable Battle Born (2012). Both projects attempted to push the band into newer, and often more generic territory, both to diminishing returns. While the band’s commercial success has remained absurdly high, it’s hard to determine how much of that is built upon the bedrock of those “classic” albums.

When it came time to record their latest album Imploding the Mirage, the band was faced with filling the void left after the departure of founding guitarist David Keuning a few years earlier. The solution; bring in some collaborators as usual, but this time give them a little more input. Those missing guitar parts were picked up by Foxygen’s Jonathan Rado, Lindsey Buckingham, and Adam Granduciel of The War on Drugs – a group that significantly influenced the direction The Killers took on their sixth album. On the production side, the band enlisted Rado and recording partner Shawn Everett. The duo previously worked on the latest Foxygen record and Everett also mixed and recorded The War on Drugs’ A Deeper Understanding (2017). That sense of connection works in the album’s favour, making Imploding the Mirage feel concise and unified, especially when compared to its predecessor.

What did work about Wonderful Wonderful however, was the knowing contributions from frequent collaborator Alex Cameron (another Rado protégé). Here, the band has brought him back to co-write a few more songs, and his and singer Brandon Flower’s strange partnership yields some of the album’s finest moments. “When The Dreams Run Dry”, a mellow ballad that could easily be another throwaway filler, is heightened by some smart lyrics and outlandish production choices, exemplifying the odd pairing at its best.

Flowers’ songwriting on its own is often clunky and corny but is melded best with the biting edge of Cameron’s pop maximalism. On the most underwritten tracks here Cameron is able to amplify the silliness without sacrificing Flowers’ sincerity, as is the case on “Dying Breed”, where a very blasé Killers song is stuffed with enough over-the-top clichés and “baby”s that it’s at least amusing. “Caution” on the other hand, provides a stadium-friendly chorus with the kind of “Dancing in the Dark” (1984) theatrics that would make Bruce Springsteen both proud and a little confused.

Cameron’s contributions cannot be overstated and despite only a handful of songs bearing his credits, almost every track on the album carries his tongue-in-cheek swagger. “Imploding The Mirage” especially is undeniably a product of Cameron’s influence, pushing Flowers’ earnest musings into a slick, spritely strut. His vocals bounce back and forth, enunciating each verse as percussive and fun as Cameron would on Forced Witness (2017).

Also notable are the guest appearances from k.d. lang and Weyes Blood on “Lightning Fields” and “My God” respectively. The former begins as an undeniable new wave homage, borrowing from everyone from Talk Talk to Kate Bush before eschewing everything for an all-out John Mellencamp schtick. In the end Lang ends up lost in the fray, contributing a verse that is plenty enjoyable but at odds with everything that came before it. Weyes Blood’s offering is completely different. “My God” is a fully-formed, exuberant pop song, with a mammoth chorus and inescapable hook. Natalie Mering’s angelic vocals only add to the gravitas and even with its compressed production, this is easily the most memorable, and best song The Killers have released in years.

As Flowers and company have grown older, The Killers have gradually strayed from their new wave pop roots and embraced a comforting brand of heartland pop. Without sacrificing their grandiosity, the band, much like U2 have found a way to both transition Flowers’ anthemic style into differing genres and still sound undeniably like The Killers. Imploding The Mirage tries to make the most of their situation, pulling its instrumental influence from the nostalgia of their earliest releases while leaning into Flowers’ heart-on-the-sleeve lyrics. The result is the band’s most consistent release since Sam’s Town (2006) – an album pushing a weathered group into semi-familiar territory, but with strong enough songwriting that it’s sure to leave a lasting impression, one way or another.