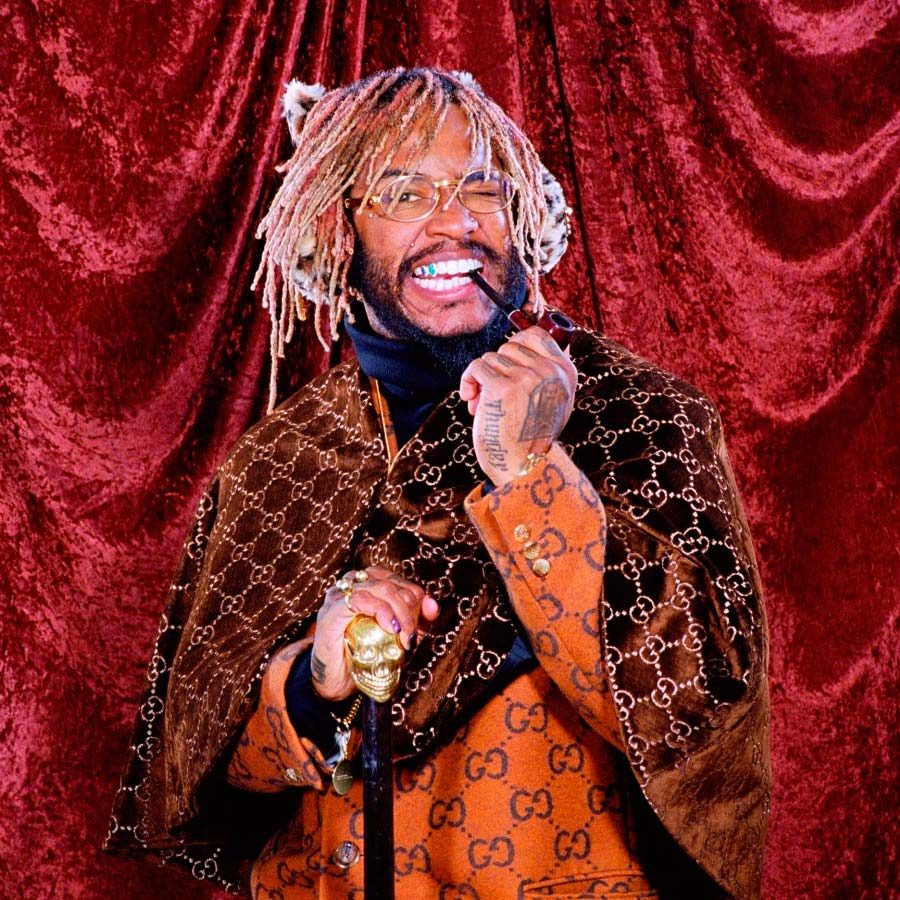 There seems to be no doubt that Thundercat, who has all the makings of a cult musician, will be regarded as such when music historians look back on the 2010s. From the off-kilter production and mixing from Flying Lotus, to his tenure in Suicidal Tendencies, to just the general practice of building each studio album around his virtuosic bass playing; Stephen Bruner seems content to not let anyone impose themselves on his idiosyncrasies.

That’s not to say that he hasn’t had genuine brushes with conventional success in the last few years. Bruner famously collaborated on Kendrick Lamar’s landmark To Pimp a Butterfly (2015) and even won a Grammy for his work on “These Walls”. On his next Thundercat album, 2017’s Drunk, Bruner used his clout to bring Michael McDonald and Kenny Loggins in for a yacht-rock pastiche that they helped him promote on The Tonight Show.

It would seem like common sense that riding this increased exposure and the excellent reviews that came in after Drunk, Bruner would try to reach across the aisle, either attempting a mainstream crossover or a dramatic stylistic change. It Is What It Is is neither. Instead, Bruner’s fourth studio album is another great entry in a style that is uniquely Thundercat’s.

Making a career out of this very specific approach may seem restrictive, but in Bruner’s case it may be a testament to just how much he has been able to do within that self-imposed constraint. Released on Flying Lotus’ Brainfeeder label, Bruner and the musicians joining him are free to explore whatever musical inclinations strike them, and with Thundercat serving as a sort of bandleader, he helps to define and elevate the maverick tendencies of the massive talent assembled.

Among those associates is multi-instrumentalist Louis Cole, who features fittingly on the third track – “I Love Louis Cole”. A bombastic and percussive onslaught, Cole’s energy is kept in line only by one of Bruner’s more effective melodies. Cole works in a similar fashion to his previous efforts on Drunk, bringing a litany of energy and creativity to Bruner’s spacey thematics.

“Innerstellar Love” maybe best encapsulates the cosmic jazz-fusion that permeates this album. With another frequent colleague, saxophonist Kamasi Washington dominating the track, it’s hard not to see the allusions to Sun Ra and Washington’s immense solo work that he brings to the table. Washington, like Bruner, is one of the cornerstones of the Brainfeeder label and it’s that label’s cross-pollination that probably allows for the collective energy found on all these tracks.

However, Bruner does manage to attract a few non-label acts to make things more interesting. Single “Black Qualls” features contribution from Steve Lacy, Steve Arrington and Childish Gambino – all to varying degrees – but Bruner manages to heighten their brief play time and their distinctive styles without anything seeming out of place. He works similar magic on “Fair Chance”, bringing together Ty Dolla $ign and Lil B (an artist, who like Bruner, has spent years with a very similar cult following). Their assistance again seems minimal but Bruner manages to build the track around their strengths and let them blend into their surroundings.

One of Thundercat’s many idiosyncrasies seems to be his attraction to short interludes. These songs are never bad but they do seem to be based upon singular ideas and only around a minute or two long. Throughout the album, songs like “Overseas” and “How I Feel” are light and certainly not obstructive, but it’s hard not to wish that these ideas were fleshed out a bit more; especially when they flank “Dragonball Durag”.

That track, with its silly lyrics and trademark charisma, is elevated by a nasty hook and what sounds a lot like Stevie Wonder’s clavinet. Much like “Them Changes” from Drunk, this is the one single that is head and shoulders above the rest and which holds the album together. Again, that isn’t as much of a swipe against It Is What It Is as it is an acknowledgement of Bruner’s tendencies and methodology. Simply put, it’s part of his charm.

That free-form design, and seeming carelessness best explains Bruner’s outsider appeal. While crafting an elusive album full of highly proficient musicians playing vastly divergent styles, he masquerades it all under his eclectic slacker facade, alienating both genre gatekeepers and those looking for something easier to digest. It Is What It Is rivals his previous work and proves that despite his hyper-specific and unique sound, Thundercat is talented enough to do whatever he wants.